Redistricting commission labors at OU with few in public audience 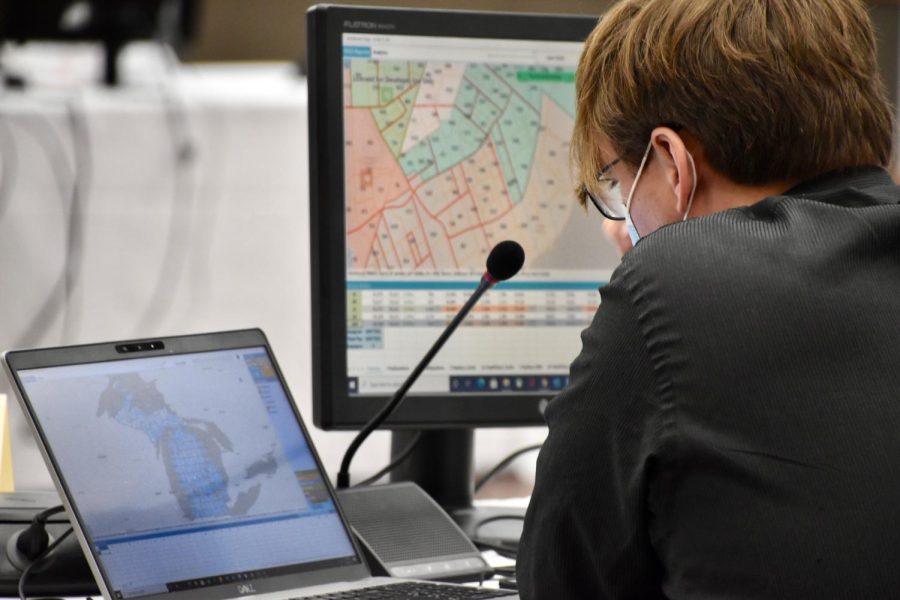 In 2018, Michigan voters amended the Michigan Constitution with the “Voters Not Politicians” proposal. This constitutional amendment and its subsequent implementation created the Michigan Independent Citizens Redistricting Commission consisting of 13 registered voters — randomly selected through an application system, with four Democrats, four Republicans and four not affiliated with either party — who redraw voting district lines for Michigan’s state legislature and federal congressional candidates every ten years. On Thursday, Sept. 30, this commission opened a working session at 10 a.m. in the Founders Ballrooms A & B of the Oakland Center at Oakland University (OU).

The 10 a.m. to noon session of the redistricting commission was sparsely attended by the outside public, with the commission’s 13 members and state event personnel exceeding the number of public observers for the entirety of the session.

The topics for the first hour of the session included what the commission’s schedule should be moving forward — how many work and public comment sessions should be held — and the role of racially polarized voting in determining the redistricting of the Metro Detroit area.

With the commission’s deadlines for district map reorientation and adoption looming in the near future, the commission has come under intense criticism recently from Republicans, Democrats and Independents alike for its elimination of public comment hearings and slow progress. It should be noted, however, that the commission did receive the necessary U.S. Census data later than expected due to complications arising from the COVID-19 pandemic.

“Whether they do something well or not, is up to your readers to decide. They are under some significant time pressure to complete these maps,” Professor Dulio said. “They are already past the mandated deadline [for finalization of the draft district maps], due to the delay in receiving census information. Some states have already completed their work [on redistricting], which means that the 2022 election cycle is underway. Depending on how these district lines shake out, candidates won’t be making decisions on whether or not they want to run until they know what the [district] boundaries look like.”

This commission was established to combat the years of “gerrymandering” committed by both Democrat and Republican officials during the reorientation process of voting districts following releases of census data.