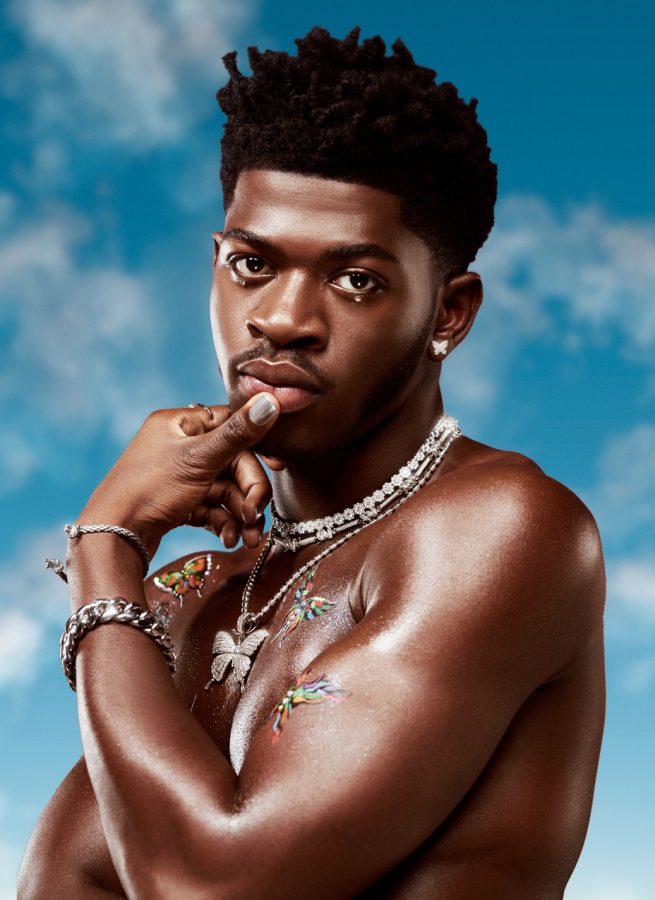 Photo courtesy of The Atlantic and taken by Charlotte Rutherford / Sony

In 41 minutes and 17 seconds, Lil Nas X has both cemented his current status as a “star” in the music industry and set his sights even further up the superstardom ladder with the release of his debut album.

Released Sept. 17, 2021 underneath the label Columbia Records, Lil Nas X channeled his burgeoning talent and undeniable star power into a raw, emotional and vulnerable 15-track album that connected with both fans and critics alike. Departing from the “country trap” sound of his first big hit, “Old Town Road,” “MONTERO” focuses on a more pop-rap vibe that incorporates both the essence of trap beats and uses hard rock ballads, giving the album a diverse set of tones and sounds.

With features ranging from artists such as Megan Thee Stallion and Doja Cat to Miley Cyrus and the legendary Elton John, Lil Nas X was able to show the musical range that many fans have come to expect from the 22-year-old sensation. Preceded by successful singles “Sun Goes Down,” “Industry Baby” and “Montero (Call Me by Your Name),” “MONTERO” is sure to have something for every musical taste out there.

The first half of the album is recognizable for holding three of the four singles released for the album and its upbeat tone before the complete tonal switch going into the second half of the album. The last five or so songs carry on themes touched on by few songs that came before — containing powerful themes of lost love, unsupportive support groups and not being forgotten after death.

Lil Nas gives his fans a look into his psyche, his emotional state and his views on love and life with this album. He expresses what he wanted out of his career when he first started, what he wants and needs from his life now and what his success and fans truly mean to his life, at one point saying the success of “Old Town Road” saved him from what would have been suicide.

Praised for its personal, heartfelt subject matter and amazing production value, “MONTERO” has received widespread critical acclaim and has his fans excited for a potential Album of the Year award in his future. Metacritic rated the album 85/100, while publications like the “The Guardian” and “The Independent” gave the album a full five stars out of five.

Mike Wass, journalist for Variety, praised how the album doesn’t shy away from hard discussions concerning the issues and fears that surround young people in the LGBTQIA+ community. Wass said the project isn’t shy to “…give voice to the fears and longings of a generation of queer kids.”

Lil Nas X has proven himself to be an innovator, a cultural touchstone and an inspiration to all who hope to live their lives as happily as they possibly can. He said writing this album was like therapy for him, and the impact his album could have on struggling kids and adults alike cannot and should not be understated.

More than anything, “MONTERO” has shown us that Lil Nas X is a unique treasure for the industry — he has a very long and bright future ahead of him.