Jenny Han books to be adapted to Amazon series 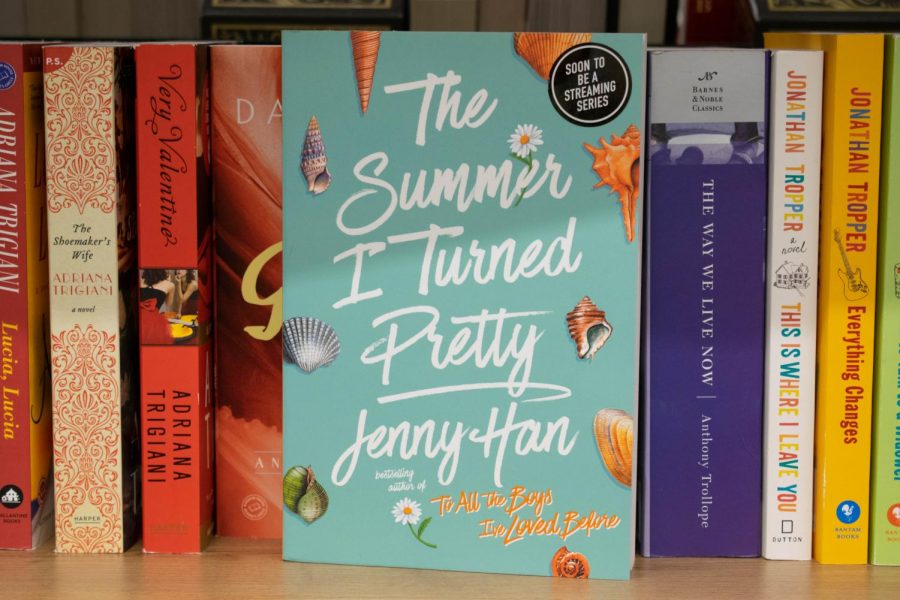 Best-selling author Jenny Han's book trilogy "The Summer I Turned Pretty" will be adapted to a show on Amazon Prime. The young adult romance series touches on friendship, self-discovery and first heartbreaks.

Jenny Han, author of the “To All the Boys I’ve Loved Before” series, has exciting news for fans. Her series “The Summer I Turned Pretty” will be adapted to a show on Amazon Prime.

“To All the Boys I’ve Loved Before” is a book trilogy that was recently turned into a trilogy of movies on the streaming platform Netflix. The series, starring actors Lana Condor and Noah Centineo, was a smash hit, and her 2009 through 2012 book series is now getting picked up by Amazon Prime. While there is no release date yet, Han is so excited for her book fans to finally see her characters come to life on the screen.

“The Summer I Turned Pretty” is a trilogy that first debuted in 2009, with the sequel “It’s Not Summer Without You” following in 2011 and the final book “We’ll Always Have Summer” concluding the series in 2012. Like “To All the Boys I’ve Loved Before,” “The Summer I Turned Pretty” is a coming of age young adult (YA) romance series. The series isn’t just about the main character’s romantic struggles — it also touches on the relationships between mothers and daughters, as well as first heartbreaks, friendships and the discovery that can come from a perfect summer.

The series is about the main character Isabel “Belly” Conklin and her struggles with a confusing summer and a love triangle between two brothers. Belly, her brother Steven, her mother, her mother’s best friend Susannah and Susannah’s sons Conrad and Jeremiah share a beach house every summer.

Belly navigates friendship, loss and love throughout the course of the summer. She begins to turn heads in the first book after turning sixteen, and she has to navigate that all-important year in a teenage girl’s life.

Throughout the series, readers get to read about Belly’s journey with complicated emotions, long distance friendships and of course, the messy love triangle. It wouldn’t be a rom-com series without romantic tension and drama!

Readers spend the series wondering which brother Belly will end up with while also relating to Belly’s journey of insecurity and self-discovery. In the second book, the audience sees points of view from both Belly and Jeremiah.

After the success of “To All the Boys I’ve Loved Before” on Netflix, many fans are excited to see how this series will be executed on screen. This also raises the question of how accurate it will be to the books. While Netflix did a better job with adapting this series in comparison to other book-to-screen adaptations, there were many important things left out from the books.

For example, there was the plot of Lara Jean grappling with her mixed race identity missing entirely from the “To All the Boys I’ve Loved Before” movies. That’s a very important part of her character, and it could’ve made others struggling with that feel less alone. As a Jenny Han super fan, I often wonder if there will be time to fit more of the books into the screen with a TV show format instead of a movie format.

There isn’t much information out about the Amazon show yet, but there are updates on casting. Lola Tung will star as Belly. Jackie Chung will be playing Laurel, Belly’s mother, with her best friend Susannah being played by Rachel Blanchard. Christopher Briney will be playing Conrad, Belly’s longtime crush, and his brother Jeremiah will be played by Gavin Casalegno. Han wrote the pilot episode and will be an executive producer on the series.