Letter to the editor: Highway to the Eighth Circle 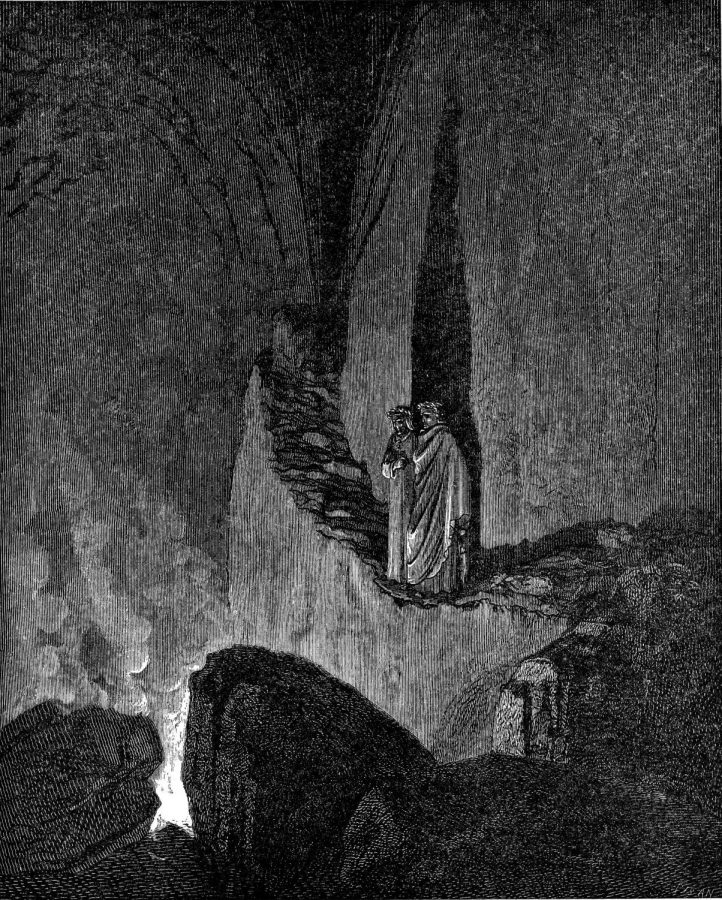 An engraving by Gustave Doré illustrating Canto XXVI of the Divine Comedy. “The Flaming Spirits of the Evil Counsellors”.

When I attended the freshman orientation back in the Fall of 2015, Oakland University’s motto, and the principles that it entailed, were uttered by administrators and the campus community with an almost sacral tone. I remember our small group guide going to the stone seal of OU’s coat of arms in front of the Oakland Center and joking that if we walked over it, we would fail our first semester finals. Even though this was a lighthearted comment made in jest, the idea of treating the university with respect was very real. At this time, the campus community wanted to instill in the incoming freshmen a respect and a reverence towards the institution and all that it stood for. The university and its administration now seem to prioritize their personal agendas over their responsibilities to their faculty, their students, and the entire campus community. The love and pride in the university reflected in campus events and orientation seems so dim when now measured against this most recent betrayal. What this entails has already been discussed in great detail, and even though I am no expert on this economic proposal, it seems to me that the administration has no intention of negotiating in good faith for the benefit of the campus community. The university’s motto “sequir virtute e conoscenza” is taken from the Old Italian of Dante’s Divine Comedy. The scene from which our motto is borrowed, takes place in the Eighth Circle of Hell, reserved for perpetrators of Fraud. The motto is uttered by the great Ulysses, who is being punished alongside Diomedes, for being Counsellors of Fraud during the Trojan War. Ulysses tells Dante the tale of his last voyage and how he was able to inspire (or manipulate) his men to sail with him to the ends of the Earth, even though it was likely that they would never return. His rousing speech is what we borrow our motto from. Ulysses says, “Considerate la vostra semenza; fatti non foste a viver com bruti, ma per sequir virtute e conoscenza” which means, “Consider ye the seed from which ye sprang; Ye were not made to love like unto brutes, But for pursuit of virtue and of knowledge”. The irony in this statement is that Ulysses and his men abandoned their responsibilities and all that was most dear in their lives for the pursuit of personal glory. Ulysses forsakes his wife, his children, and his entire kingdom for this vain enterprise and encourages his companions to do the same. It seems as though OU administration is truly living up to its motto, but probably not in the way it intended.