Letter to the editor: how the reduction in tuition for faculty dependents would affect me and my family 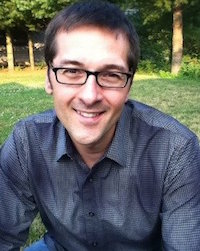 My name is Anthony Guest. I am an associate professor in the Department of Theatre in the School of Music, Theatre and Dance.

Ten years ago I decided to leave a tenured position at another institution to search for employment at a university that offered tuition reimbursement for dependents. My wife and I have three children and we knew that we would not be able to save for tuition for our children while we continued to pay off our own student loans.This decision also meant that I would have to start the tenure process all over again.

One of the main reasons I chose Oakland University over other schools was the tuition benefit. When I arrived at OU in 2011, the benefit was 100%. When it was reduced to 90%, the argument was made that the ten percent increase was attributed to administration fees. I certainly wasn’t happy with the decision, but I understood the rationale.

The current proposal by OU reduces this benefit from 90% to 50%. My oldest child just graduated from high school and has started at OU. The other two children follow close behind. My family has waited for 10 years to take advantage of this benefit. We have almost saved 10% for each child, even committing to the expenses associated with a family of five.

This benefit was made in good faith. Tuition for dependent children was a gift that faculty gave to each other with minimal cost to the university. Simply stated, this proposal will add almost $80,000 of unexpected expenses to my family’s budget while my children attend school. This is only one of many proposals brought forth by OU that will erode the financial package of the faculty. For those of us who have children, the tuition benefit is life changing. I gave a promise to my children that I would provide them a debt free undergraduate education. I held my half of the bargain. It is time for Oakland University to uphold theirs.