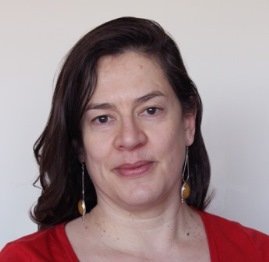 As I write this at 8:18 p.m., on Wednesday, August 31st, our bargaining team has been in talks with the administration’s team for over eleven hours. The midnight contract deadline is approaching. And yet, the bargaining diary tells us, the AAUP has “not received any change in the University’s economic proposals.” The AAUP also tried to address making “the contract more equitable for Special Lecturers.” They report that “Oakland has rejected, in totality, any changes to Special Lecturer benefits,” refusing to “mitigate[e] the adverse consequences to Special Lecturers as the University converts more classes from 4 credits to 3 credits.” This change, by the way, is effectively a hat trick—by changing the number of credits for the courses that SL faculty teach (from 4 credits to 3), they want to magically make SL ineligible for what few benefits they currently receive. It’s a dirty trick. But it’s not a surprise.

Make no mistake: this is war. They are hitting us with everything they have.

But here’s what we do know: the support shown for the AAUP by OU’s students and by the larger community is having an effect. Two messages came out from the administration earlier this week, both complaining about that support. In one, which is up on The Oakland Post website, administration claims that the current labor dispute is just an internal matter. But as we all know, what happens with this dispute can adversely affect students’ education and the university’s academic future. In the other message, emailed to the university community, they pleaded poverty, trying to ignore the fact that they are demanding that faculty take pay cuts, while our upper-level administration personnel continue to enjoy their spectacular raises and benefit packages.

But you are paying attention. And we are so grateful for that. The only way we can keep our community strong, now and in the future, is by taking care of each other. We have to stand up for each other when those with power try to knock us down.

It’s worth remembering that some of the key events in the history of the struggle between labor and management happened right here in Detroit. To people from Michigan, that isn’t dusty history—what happened were real struggles fought by our parents and grandparents and great-grandparents, as well as by our fellow community members. They fought this battle for themselves, and also for us.

It’s also worth remembering that this country had a gilded age a century ago, just like the one we have now. The 1% used their power and connections to squeeze middle-class and working people. They wanted to keep them trapped in low-paying jobs with minimal benefits, and also to keep them voiceless. But in the 1930s, people in Detroit formed unions and stood up to management.

That was important for many reasons, among them because the labor movement led to FDR’s policies. These policies are known as the three Rs: Relief for the unemployed and poor, recovery of the economy back to normal levels, and reform of the financial system to prevent a repeat depression.

We need the three Rs now more than ever, in particular, reform of the financial system.

Journalist Sarah Chayes argued on NPR that we may well be on the threshold of a new era where we once again see protections enacted for middle-class and working people. In her book, On Corruption in America: And What Is at Stake, she documents what we all know: that the middle class and working people are losing to the super rich in their fight for equitable labor practices. But, she says, we are in a moment in history when we can change that again.

To do so, we have to keep raising our voices, keep fighting.

And we have to be brave. We have to support each other. We can’t back down.

Letters to the editor can be submitted to [email protected]