A loss of focus: United States’ missteps in Afghanistan 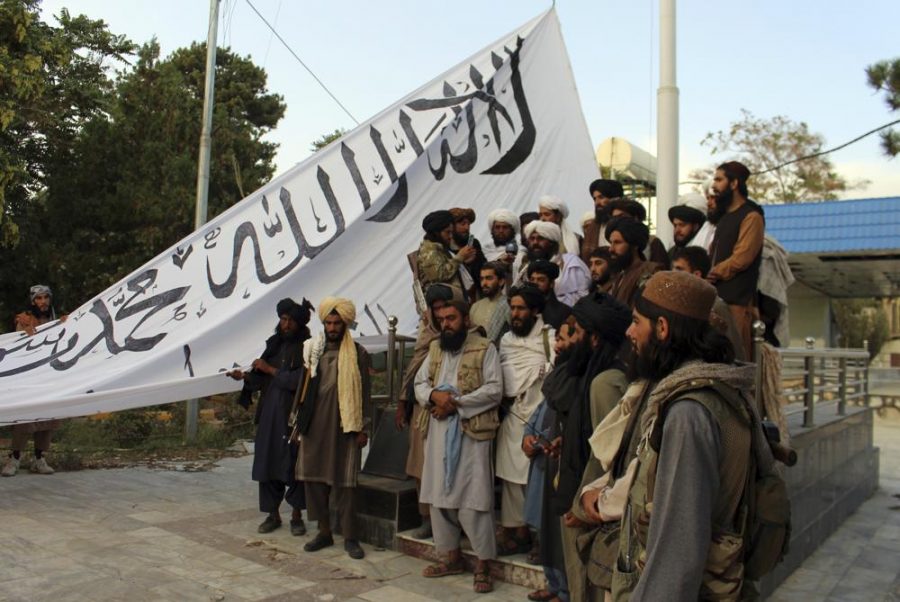 Taliban fighters raise their flag at the Ghazni provincial governor's house. They took control of the Afghan presidential palace two weeks before the U.S. finished withdrawing its troops.

The United States’ (U.S.) focus on the security needs of Afghanistan’s national level government and lack of military support for the more influential, decentralized local Afghan governmental structure explains the rapid conquest of the Taliban. Put simply, there was — and likely still is — a severe disconnect with the nation-building aspirations of the U.S.’ foreign policy behemoth and the military and political realities on the ground in Afghanistan.

Power centralization was a large aspect of the Afghan presidential system, where the national government based in Kabul attempted to rule through giving itself as much power as possible. This process occurred regardless of its ability to effectively exercise that power throughout Afghanistan — through either exerting a state monopoly on violence, or being able to stay in political power without the constant military support and presence of a foreign country (i.e. the U.S.).

U.S. foreign policy towards Afghanistan — dating back to the Soviet Union’s 1979 invasion during the Ronald Reagan administration — has largely been centered around making the Afghan government and military look and function like their U.S. counterparts. The idea is the success enjoyed by the U.S. in becoming the most powerful nation-state that the world has ever seen, in addition to being the most politically and economically prosperous and tolerant nation in human history, would provide a functional blueprint for rebuilding the Afghan state.

Initial U.S. intervention in Afghanistan, which began October 7, 2001, was undertook with the purpose of removing the Taliban government from existence and further rescinding the ability of terrorist groups such as al-Qaeda from using Afghanistan as a staging base to engage in terrorism. This goal was accomplished with the removal of the Taliban from political governance on December 9, 2001. However, after this point, the U.S. continued occupying Afghanistan in further attempts to inflict losses on the Taliban and build up the governing capacity of the newly installed Karzai administration.

The U.S. erred in disregarding the complex locally-based system of ethnic politics and power-brokering that had persevered regimes installed by the Soviets and the Taliban. The recent failure of the Afghan military to present any level of substantial resistance to Taliban offensives represents a glaring testimony to the lack of support for the Kabul-based national government.

Afghanistan’s military forces were better equipped, better trained and vastly outnumbered the Taliban insurgency, yet they surrendered in a matter of weeks. A most sensible explanation of this would be that the ideals impressed by the U.S. in coordination with its political and military aid to Afghanistan were not valued enough to fight and die for.

Now this is not to claim that Afghans do not value these ideas, if recent chaos at Hamid Karzai International Airport did not provide clear enough evidence already of this. I argue, rather, these ideas were not locally grown using the most effective and influential mechanisms of Afghanistan’s ethnically fragmented society, where people value local governance and familial and social ties over a far-away government in Kabul that cannot consistently protect them from the Taliban’s violence.

Regardless of whether you support Joe Biden’s decision to evacuate, the power vacuum left by the U.S.’ exit will be filled by another country. The People’s Republic of China has long stood ready to recognize a Taliban regime, albeit in a transactional nature centered on the extraction of Afghanistan’s mineral and realization of regional security concerns regarding India. Russia is another likely candidate to fill the vacuum, given its recent roles as negotiator and powerbroker in attempting to increase its leverage with the Taliban.