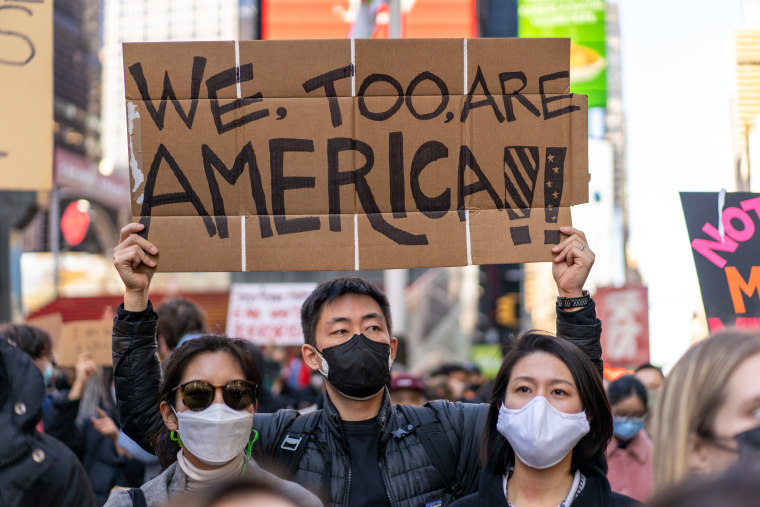 Outraged Asian Americans stood up after statistics revealed a steep rise in anti-Asian violence earlier this year. OUWB's APAMSA did their part with a mental health campaign to stifle the hate.

In May, Asian American Heritage Month, the Asian Pacific American Medical Student Association (APAMSA) at Oakland University William Beaumont School of Medicine (OUWB) created a mental health campaign in an effort to raise awareness and to address the recent increase in hate crimes against Asian Americans.

This mental health campaign featured OUWB community members sharing their answers on APAMSA’s Facebook page to questions regarding how they felt about the recent hate crimes, what changes they hope to see and what positive advice they had for fellow Asian Americans who have endured this past year and are affected by these tragedies.

As a national organization of medical students, APAMSA focuses on addressing health disparities of Asian and Pacific Islander American (APIA) communities. Through local, regional and national activities, it aims to promote the health of the APIA community and help healthcare workers understand how to care for APIA patients in a culturally sensitive manner. It also provides important venues for medical students to meet.

Following several hate crimes across the U.S., the executive board of APAMSA is focusing on the rise of hate and injustice against Asian Americans, according to Michael Ko, rising M2 and president of APAMSA.

“The recent hate crimes were a difficult pill to swallow,” Ko said. “It almost felt like a natural progression from the vitriol that came from the previous president and the media. It was frustrating that these attacks were happening and that they were initially being ignored by mass media.”

Deeply embedded in the history of the United States and its culture, the country now needs new approaches to its law enforcement, justice system and community involvement to end racism. Additionally, one of the keys to resolving racial disparities is comprehensive social change by understanding and embracing other cultures.

“I think that it is important to avoid trying to pretend that everyone is the same,” Ko said. “With different cultures and race inevitably comes different life experiences and world views, and pretending that all of these people are the same as each other only serves to erase these people’s experiences and pretend that there are no injustices on the basis of race and culture.”

Jenny Nguyen, rising M2 and vice president of APAMSA, also contributed to this campaign. She was born in rural Vietnam and grew up in the heart of “Little Saigon City,” Westminster, California. Growing up she had to experience various challenges, including racial bias and discrimination from her fellow classmates and others.

“When the hate crimes started appearing in nearby cities, I was scared for my parents’ safety,” Nguyen said. “My mom and aunt work at a nail salon, and to know that a murderer decided to go into someone’s workplace with the intention to kill was frankly terrifying.”

As future physicians, Ko and Nguyen hope to see not only the Asian American community becoming more active in fighting injustice, but also to educate more people about racial and cultural differences while ultimately providing the best care for their patients.

“We need physicians who will be willing to understand a patient’s story, their unique upbringing, and lifestyle, and in turn, create creative, empowering ways to help these patients manage their disease,” Nguyen said. “Thus, serving the minority population requires empathy, patience due to language or health literacy barriers, and a willingness to learn and meet patients’ needs. And I hope that I can one day be the kind of physician who encompasses all these qualities and can treat patients as if they are my family member.”