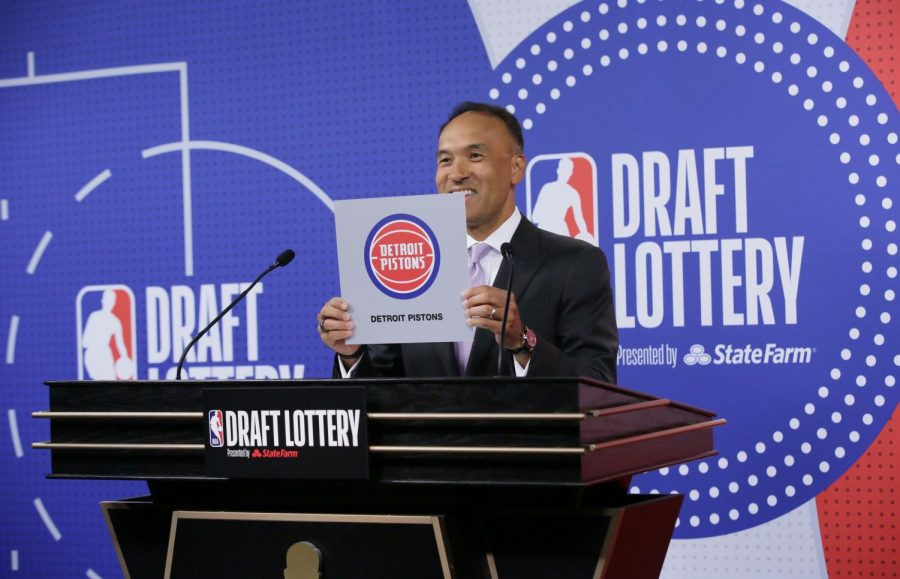 The Detroit Pistons won the NBA Draft Lottery, giving them the rights to the first overall pick for the first time since 1970.

NBA history was made when the Detroit Pistons won the lottery and captured the rights to the first selection of the 2021 NBA Draft on June 22. This marks the first time in over 50 years that the former championship-level franchise has earned the rights to pick first.

The Pistons’ lackluster season record of 20-52 awarded them a 14% chance to win the draft lottery, and luck indeed smiled upon them. The Pistons have been in “NBA limbo” ever since the end of the 2007-2008 NBA season.

The team made its sixth consecutive Eastern Conference Finals appearance in the 2008 NBA Playoffs, which would end up being our final one for a tortuous 13-year period. It hasn’t been all bad though. There have been bright spots here and there like the drafting of former All-Star caliber big man Andre Drummond and the team’s 2016 NBA Playoff berth. However, Pistons fans like myself crave the success we once enjoyed. This lottery win could provide us with an opportunity to see the summit of NBA glory once again.

The acquisition of the first overall selection comes with a variety of options on who to draft. The expectation from the basketball world at large is that the organization will select consensus top player in the draft class — Cade Cunningham. Cunningham, the Texas-born NCAA superstar who averaged 20 points, six rebounds and over three assists per game for Oklahoma State, is already being dubbed the savior who will return the Pistons back to their former glory — and I am all for it.

I believe that Cunningham will be a perfect fit as the leading star of Detroit’s young core. With veteran NBA power forward Jerami Grant and sophomore players like point guard Killian Hayes, center Isaiah Stewart and small forward Saddiq Bey, I believe the sky’s the limit for the future of the Pistons. Just thinking about the team’s future starting five gets me giddy and excited.

With Hayes’ potential in playmaking and the skill he’s already shown on defense, a potential two-playmaker backcourt with Cunningham seems like a dream for the Pistons and a nightmare for the rest of the league. I can just imagine the stellar pick and roll finishes that Stewart will be able to take advantage of with an extra playmaker like Cunningham on the floor.

I haven’t even begun to mention the kick that Cunningham could give to the team’s defense. With his 6-foot-8 frame being slotted into the lineup, their okay defense could skyrocket if he fulfills his potential on that side of the floor.

Although the Pistons are expected to take Cunningham with the first pick, they could surprise everyone by selecting one of the many other promising prospects in the 2021 NBA draft pool. With players like Gonzaga’s Jalen Suggs and USC’s Evan Mobley being available, this year’s star-studded NBA draft could hold the key to a winning future for a franchise that has long since left it’s glory days behind.