‘Parrots of the Caribbean:’ professor uses genomic mapping to save parrots 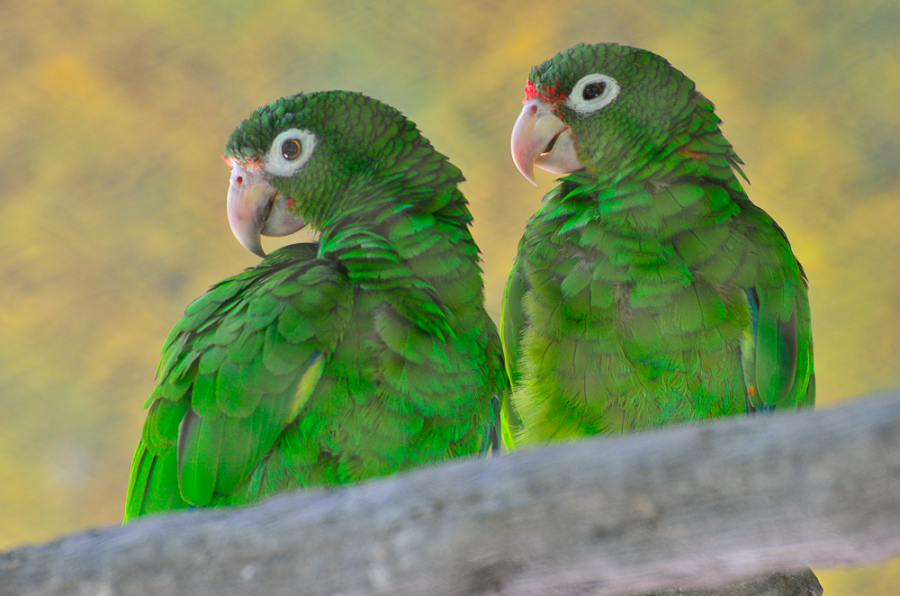 Dr. Taras K. Oleksyk, an assistant professor in the Department of Biological Sciences, is committed to conservation efforts and research regarding Amazon parrot species of the Caribbean.

Oleksyk is the corresponding author leading a team of 18 co-authors from across the globe on a recent paper published in the journal Genes.

During their study, they obtained DNA data from several parrot species and used full parrot mitochondrial genomes to reconstruct the story of how these species evolved. This data provided helpful information that will assist conservationists.

Six parrot species from the mainland of Central America, the islands of Jamaica, Hispaniola, Cuba and Puerto Rico and one from Brazil were included in the study. All of the species are at risk, but the Puerto Rican Parrot is listed as “critically endangered” on the Red List of the International Union for Conservation of Nature.

“We have to build our recovery strategy in the way of protecting genetic diversity inside [the population], Oleksyk said. “Where there is enough diversity, they can mate and produce non-inbred offspring.”

Efforts to increase the population of Puerto Rican parrots have been an ongoing project for Oleksyk. During his previous tenure as a professor at the University of Puerto Rico – Mayaguez, he collaborated with local artists, scientists, fashion designers and other community members to plan grassroots fundraiser events to raise money for the cause.

Oleksyk also gave a TedX Talk  about the subject, and the display of community collaboration was even featured in a peer-reviewed article in the journal Science, Technology, & Human Values. In the TedX Talk, Oleksyk also emphasized that “great ideas can come from small places.”

“We blended it [fundraising] with arts and fashion shows and all kinds of other things, where we engaged with designers, painters, and artists.” Oleksyk said. This allowed the first genome of the Puerto Rican parrot to be published in 2012.

Genomic mapping not only assists in species preservation, but it also contributes to furthering the understanding of genetic variation among species as well as the origin of the species themselves.

“We were able to compare [species] to each other and look at the differences that exist between them,” Oleksyk said. “The differences between species arise in the context of their evolutionary history and in the course of how the species came about.”