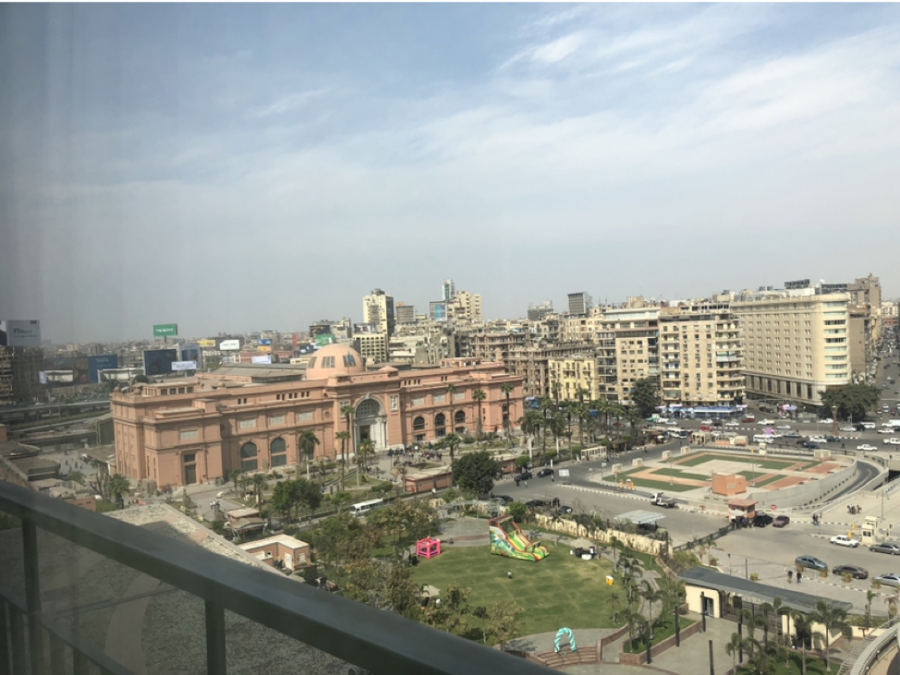 The mummies of eighteen kings and four queens were transported in grand splendor across the city from The Museum of Egyptian Antiquities in Cairo’s central Tahrir Square to the National Museum of Egyptian Civilization in Fustat (NMEC).

“With all pride, I look forward to receiving the kings and queens of Egypt after their journey,” he said. “This majestic scene is new evidence of the greatness of this people, the guardian of this unique civilization extending into the depths of history.”

For the four-mile journey to their new resting place, the mummies were placed in special nitrogen-filled capsules to protect them from the elements, and roads along the route were repaved to ensure a safe journey.

The mummies were carried in ornate vehicles designed to resemble ancient Nile river boats. Each vehicle had the name of the ruler it was carrying emblazoned on the front and sides. A security motorcade also escorted them.

Traveling across Cairo in chronological order of their reigns, some of the notable royalty included Hatshepsut, one of the few women to rule Egypt, and Ramesses II, the longest-reigning pharaoh.

This was a multi-million dollar celebration. Performers dressed in ancient Egyptian attire and horse-drawn chariots lined the parade route. A symphony, accompanied by dancers and vocals, was performed by the United Philharmonic Orchestra. The event was also televised internationally on more than 400 television channels.

The ‘Pharaohs’ Golden Parade was put together to mark the movement of the ancient Egyptian royalty to the new museum and promote tourism in the country, which has declined since the Egyptian Revolution of 2011, church bombings and other security crises.  The coronavirus pandemic has decimated the industry even more.

Former Minister of State for Antiquities Affairs and famed archaeologist Zahi Hawass told National Geographic, “This parade will make all Egyptians proud of their country. In a time of COVID, they want to be happy, to feel proud of their ancestors. They will be waiting in the streets to say hello to their kings.”

To bolster tourism, Egypt is also constructing the Grand Egyptian Museum (GEM), next to the pyramids of Giza, set to open in 2021. Once the construction is completed, it will be considered the largest archaeological museum in the world.

This was a made-for-TV nationalistic extravaganza that served as a catalyst to jumpstart a sense of pride in the Egyptian people and to garner support for the pragmatic President Abdel-Fattah el-Sissi, who although is leading an ambitious economic and infrastructure comeback for the country of Egypt, is also considered by many — both nationally and internationally — as a repressive dictator.

Once the mummies arrived at NMEC, they underwent restoration in a laboratory in order to be prepared for installation inside the museum. The mummies will be showcased in the Royal Mummies Hall, designed to like the “Valley of the Kings,” the region of Egypt where their original tombs are located. The exhibit will be open to the public starting Sunday, April 18.

The recording of the ‘Pharaohs’ Golden Parade’ live stream can be found here.