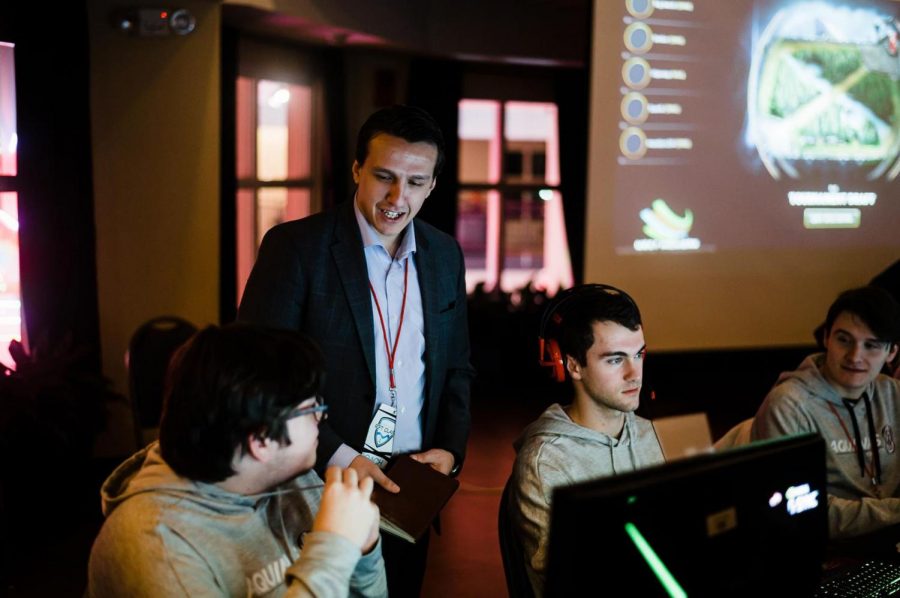 Carl Leone, coach of the varsity Esports team. Esports now is adding 'Overwatch' to its roster.

Oakland University Athletics has announced “Overwatch” will be added to the stable of games Golden Grizzlies Esports compete in, starting Fall 2021.

This will be the fourth game OU fields esports teams in, which include League of Legends, Rocket League and Super Smash Bros.

“Overwatch” is a first-person team based “hero shooter” released in 2015 by Blizzard Entertainment. Games feature two six-person teams fighting each other. One team is tasked with moving an objective to a destination across a map before time runs out, while the other works to delay the offensive team until the clock runs out.

“Overwatch” is one of the most popular titles for collegiate esports with 79% of programs fielding teams. League of Legends and Rocket League are first and second, respectively. Blizzard has its own collegiate league for “Overwatch,” which Leone sees as one of the competitions the team will compete in along with the Michigan Esports Conference.

“There are a lot of leagues and competitions specifically for the collegiate scene because the game has been around since 2015, right around when collegiate esports started to become an industry,” said Carl Leone, coach of the OU esports teams.

The popularity, teen-friendly atmosphere and longevity of the game were all reasons why OU decided to add an “Overwatch” team. Another feature that sets “Overwatch” apart from other shooters is just how teamwork focused the gameplay is.

“One thing that I have really admired about ‘Overwatch’ is the aspect where it breeds communication and teamwork and leadership skills,” Leone said. “That is something that I think is a difference between playing solo in these titles and getting on a competitive squad and playing consistently with the same five teammates over the course of a year. You really see a growth out of the players.”

An interesting quirk of “Overwatch’s” gameplay is how with so many characters to play with, players’ personalities tend to spill over into the competition.

“[For] somebody who tends to be a bit more aggressive or defensive, there are a whole range of characters for that,” Leone said. “You have some quieter types who are more introverts tending toward the supportive roles and some more aggressive, outspoken folks are kind of in the diving, aggressive roles. It is something that each team needs a good mix of.”

The esports program is adding eight more players with the inclusion of “Overwatch,” along with adding another eight across its existing programs. Closed tryouts for current students and incoming freshman and transfer students for the “Overwatch” team will take place April 23-24. Attributes that Leone will be watching for in the tryouts include communication skill, leadership ability and how well players can work with new teammates.

“You can see a lot on paper and the online statistics and see what rank the players are, but what are some of those non-tangible skills, the soft skills,” Leone said.” Team communication, deep game knowledge. That is what I am excited to see at the tryouts.”

Players can sign up for the tryouts by filling out this form. More information about the program can be found by contacting Leone at [email protected] or through Discord at Coach Leone#8401.

Esports players are eligible for scholarships and have access to OU Athletics services.