Akil Baddoo is exactly what the Tigers needed 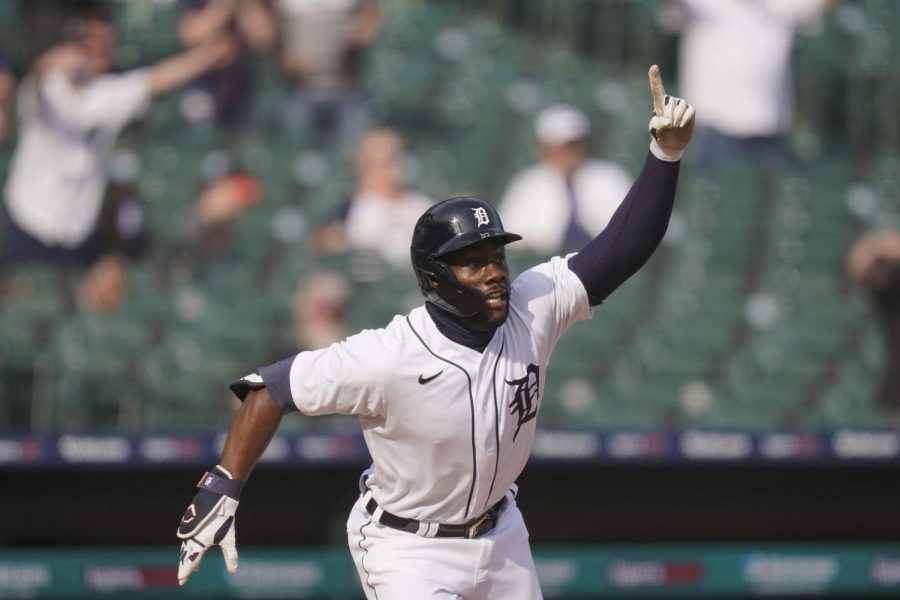 Akil Baddoo celebrates a home run. Baddoo is an exciting young prospect the Tigers nabbed from the Twins.

Yes, it’s early and yes, it’s an extremely small sample size, but outfielder Akil Baddoo has brought some much needed excitement to the Detroit Tigers. He’s exactly the kind of player they have been looking for — he’s young, he’s exciting and he’s got flair.

It’s been a long time since the Tigers had a player like this, and if this rebuild is finally going to get off the ground, then they’re going to need more like him.

Baddoo was selected by the Tigers in the first round of the 2020 MLB Rule 5 draft from the Minnesota Twins organization. The Rule 5 draft is meant to stop teams from stockpiling too much minor league talent, when other teams would be willing to have them on their major league roster.

Rule 5 picks who end up being solid big-leaguers isn’t all that uncommon. Hall-of-famer Roberto Clemente was a Rule 5 selection, along with former Cy Young Award winner Johan Santana and former All-Stars Jose Bautista and Josh Hamilton.

What makes Baddoo’s early success so out of the ordinary is that up until his major league debut on Apr. 4, he had to see pitching above the High-A level in the minor leagues. Heck, he hadn’t seen any pitching at all since early 2019.

Baddoo only played 29 games at then High-A Fort Myers in 2019 before having to undergo tommy john (elbow ligament reconstruction) surgery. Then, he missed all of 2020 due to a cancelled minor league season in light of COVID-19.

He didn’t perform particularly well at the plate in the Twins’ system either. Baddoo had a batting average of .243 with 11 home runs in 2018, then hit a paltry .214 in 2019 before the injury. Although, he was always viewed as a pure athlete with plus speed and great defensive abilities in the outfield.

After the injury and canceled season, the Twins seemingly gave up on him by leaving him off their 40-man roster prior to the 2020 Rule 5 draft. Luckily, the Tigers still saw the potential in Baddoo, and scooped him up with the third pick in the draft.

They say one man’s trash is another man’s treasure, and in this case, that certainly applies. The Twins gave up on Baddoo, and the Tigers are reaping the rewards.

Baddoo has received some comparisons to former Tigers’ infielder and Rule 5 pick Chris Shelton. I just don’t see it. Baddoo has multiple tools— he can hit for both contact and power, he’s shown good plate discipline, he has plus speed, and he’s a great defender in the outfield. Shelton had one fluky month where he hit for power, then he fell off the map. The two players are incomparable.

In some ways, the Tigers are quite lucky —  Baddoo just fell into their lap. They didn’t have to give up anything to acquire him, and if they are going to get things back on track, they will need more players like Baddoo: young, exciting and athletic.

Even when Baddoo inevitably falls back down to earth, one thing will always be clear: his name is really fun to say.