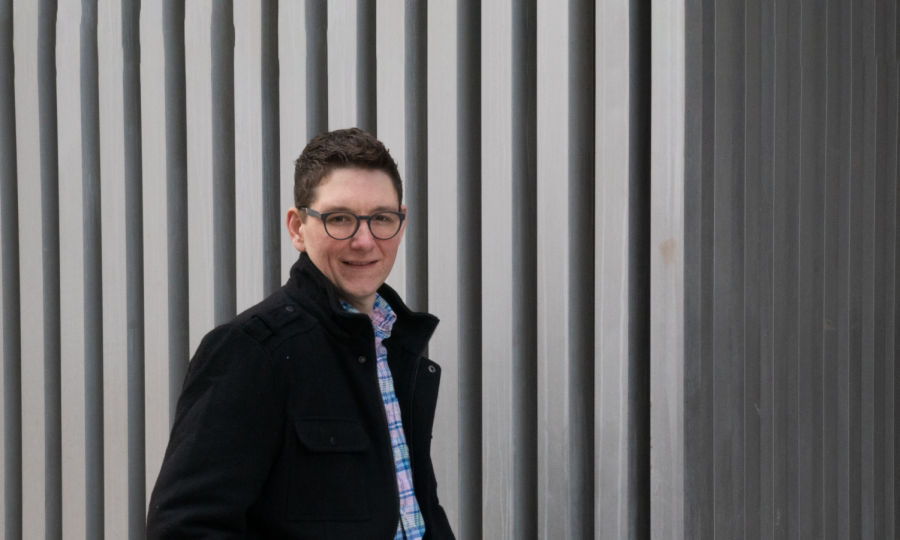 With the recent passing of the anniversary COVID-19, musicians are reflecting on the problems they faced working with the inherently limiting technical abilities of Zoom.

Specifically, his work “Music For Social Distancing” uses the audio delays in Zoom to create interesting effects for both the performer and audience.

MacDonald earned both his M.M. and D.M.A. in composition from Michigan State University, and he co-founded SoundNotionTV which is a podcast that features music and the arts.

MacDonald also served as founder and co-Artistic Director of SCENE&heard, a music concert series at the Metrospace gallery in East Lansing, Michigan.

The piece “Music For Social Distancing” showcased in MacDonald’s masterclass is an ode to technological difficulties and quirks musicians face while working remotely.

“Last march we all had this experience of being set home from the places we considered our musical, intellectual and artistic homes,” MacDonald said. “We had to figure out how to do this thing called ‘music’ remotely.”

The problem concerning traditional band rehearsal was apparent with ensembles containing 60 or more people attempting to play pieces on a Zoom call.

“There are some low latency applications and those have improved in the last 12 months or so, but they are still not practical for lots of circumstances and I would even argue for most circumstances,” MacDonald said.

MacDonald explained that time delay was the most focused aspect of his piece because it was something that affected ensemble rehearsal greatly, and oftentimes with no solutions.

“Instead of finding a technical workaround for something, I want to find a way of solving a technical problem that actually informs a musical idea,” MacDonald said.

Interestingly, MacDonald’s piece incorporated these technical limitations into the composition rather than working around them or avoiding them altogether.

“The thing that is important for me when I work on a piece like this one is that I want to write it with limitations in mind,” MacDonald said.

MacDonald illustrated that latency in his piece became a focal point, in which the musicians drove the piece, rather than the conductor.

“Every time there is a different person that leads the next gesture — containing one note or two or three — and this is taking the latency as the point of the texture,” MacDonald said.

Another technical aspect being highlighted in the piece is Zoom’s ability to pick up certain people over others based on the volume of the speaker who is the loudest.

“What you’ll hear is everyone starting [together] and then as they start to drift and play different rhythms it gets a little cloudy and messy, but as they get to the end everyone coalesces on the last note,” MacDonald said.

Towards the end of MacDonald’s piece, he talked about the usage of harmony purposefully in a chorale to show the listener the literal struggle the performers are experiencing in technicality.

“This is the closest thing to a traditional texture where people are actually playing together in some meaningful way or at least attempting to,” MacDonald said. “The other points of the piece players were not trying to play together.”

MacDonald’s piece can be viewed on MacDonald’s YouTube page, and individuals can take a look at the interesting effects of Zoom’s limitations through the Aspen Composers Conference.