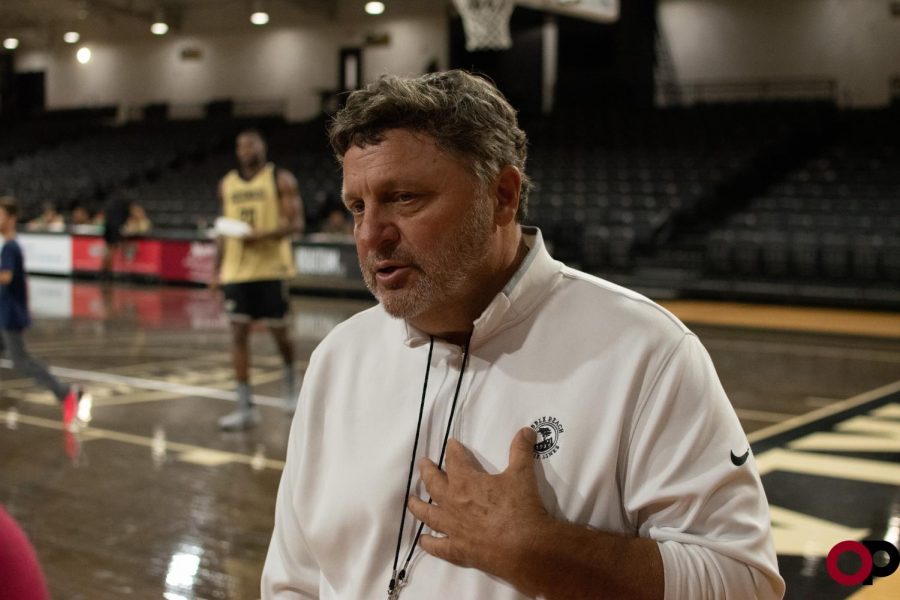 In a season marred by an unusual schedule, COVID-19 reshuffling of the rotation and nagging injuries, Oakland men’s basketball fell one game short of the big dance.

Moving forward, the team is looking to capitalize on their first Horizon League championship game since joining the conference in 2013.

Two years ago, the NCAA transfer portal was just taking shape when Oakland men’s basketball lost two key players to high-major schools. Now, it seems as if every team has 3-6 players who are in the transfer portal at all times.

According to Kampe, he is searching for a rim protector and a knockdown shooter, reminiscent of Travis Bader and Max Hooper.

“That’s what I’m looking at — someone who can play minutes and someone that’s a rim protector,” he said. “I’d like that best player to be a shooter — you know, that old-fashioned Oakland 3-point shooting specialist.”

When the transfer portal was just shaping up, Kampe fought it, something he said he “won’t be doing this year.” Last year, Kampe used the transfer portal to recruit JUCO guard Jalen Moore, who was an All-league first team selection at the end of his first Division I season.

With the current reality of the NCAA — where players are using their extra year of eligibility and the portal to become a free agent  — Kampe is ready to play the portal game.

Kampe is looking forward to a more normal offseason, where the team can prepare uninterrupted and as they typically would, building on their near-NCAA tourney bid.

“We really like our future, we’ve always thought our future was really good,” Kampe said. “We get this offseason of individual improvement and we get to make these guys better and get a year in the gym.”

Not only was the team’s schedule drastically different — only playing nine non-conference games and playing back-to-backs every weekend — missing that offseason practice was crucial for the Golden Grizzlies, especially once the season started.

Oakland was forced to shut down for 21 days right before the season, which greatly affected their early season results. They lost 101-49 against Xavier University in their first game of the season.

“When you go through the 21-day shutdown before you play, and when you open your season on national TV and you get embarrassed … a lot of young men would have folded from that,” Kampe said.

However, Kampe noted he never saw his team quit, even with a discouraging start.

“Instead, this group believed in the process, they believed in what we were trying to do,” he said. “They believed in their abilities and they came within one game of getting there [NCAA tournament]. I’m really, really proud of them, and I think it was a special year for Oakland basketball — it really was.”