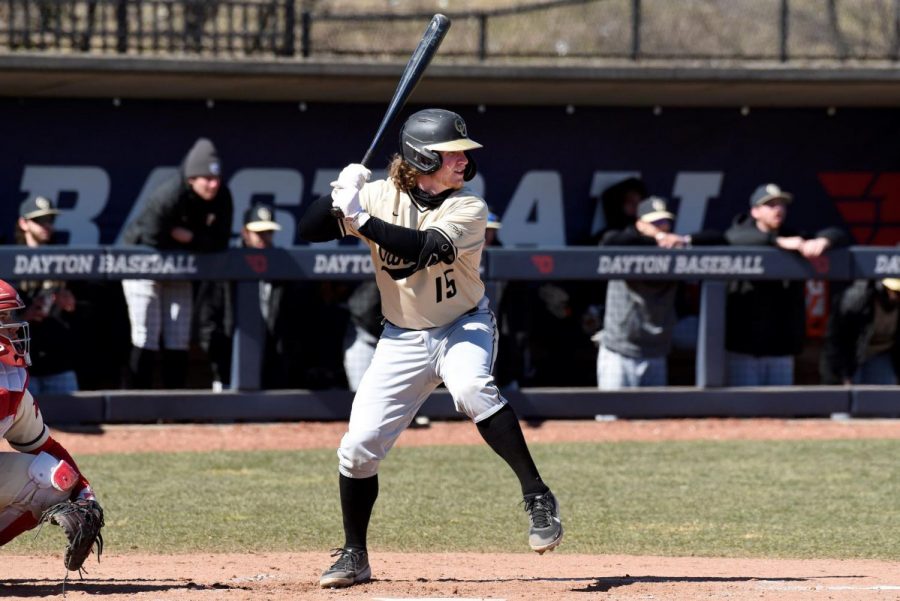 The Oakland University baseball team has already eclipsed their season win total from last season before the shutdown.

The Golden Grizzlies currently sit at 8-10 overall, and 2-5 in Horizon League play. Head Coach Jordon Banfield said the team was playing pretty well up until the weekend of Mar. 13 at Northern Kentucky.

“To be able to get one from Middle Tennessee, three from Longwood, two from Dayton — we wouldn’t have been favored in many of those games,” Banfield said. “This weekend we came out and stole the first one, and then gave two games away on Saturday — that was the first day that was really disappointing. Then Sunday we got rolled, so this weekend leaves a sour taste and we need to get back. Whether we win or are competitive or we don’t win, this year has really been dictated by how we play. [When] we play [well], we’ve proven that we can play with anybody.”

Outfielder and catcher Cam Post said while he feels the team got off to a good start, they have not played a complete game yet.

“I think once we can get those pieces together and start playing [the] level of baseball that we all know we can play, it’ll really show what direction this program is heading,” Post said.

Banfield said his team will play their best baseball when they start playing cleaner.

“No mental errors, no execution errors on offense, hanging on the baseball on defense, pounding the strike zone,” Banfield said. “Playing clean baseball and letting the results dictate how the game goes.”

Post and infielder Jared Miller are among a few players that have stuck out to Banfield.

“[They’ve been] the two guys who’ve been the most consistently good players for us,” Banfield said. “Cam [has] swung the bat the entire year, start to finish, hitting in our three hole every game. He’s as good as a two strike hitter [or] good of a RBI guy as there could be anywhere right now. [He’s] super competitive — really bought into the two strike approach that I preach —  [it’s] just been awesome for him as a senior.”

Post is currently batting .362 with 11 RBIs and an OPS [on-base percentage plus slugging percentage] of .896. The key to Post’s success this season is he’s been able to make some adjustments that he couldn’t in the past.

“I think I’m seeing the ball well,” Post said. “Last year in the short season I thought I was seeing it well, taking some good swings. This year, [I had] a few ups and downs but made a few adjustments here and there and I think it’s really starting to show offensively what I can do and what I know I can do.”

Banfield said while he is looking forward to playing four series in a row at home, his focus is on the task at hand.

“The focus right now is just getting back to playing winning baseball this weekend in Fort Wayne,” Banfield said. “But definitely when this weekend is over we’ll be excited — we’re going to play at home four weekends in a row and get to [have some fans there] and feel like we’re on home turf.”

Post is also looking forward to playing on home field.

“There’ll be more games at home in three weeks than there has been my entire career here at Oakland,” Post said. “So I’m looking forward to it, definitely.”

The Golden Grizzlies’ first home game will be Friday, Mar. 26 at 2 p.m. at the Oakland Baseball Field.