If Biden is serious, he’ll do more than promise 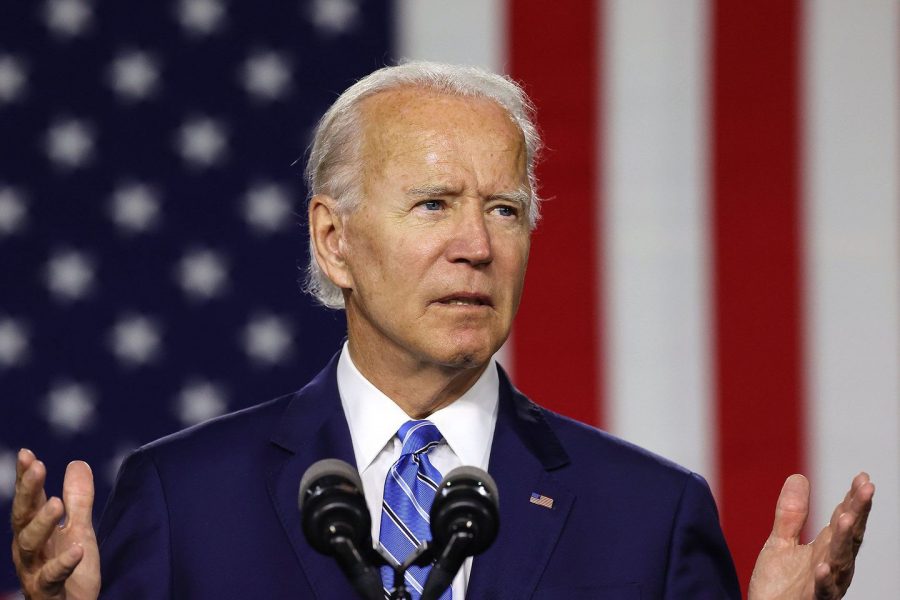 Photo Courtesy of the Boston Globe

During the address, Biden did a fine job congratulating himself and his cabinet, but he failed to convince America the government is on our side and ready to be transparent in their actions.

It’s no secret that right now public tension is high in the U.S. A lot of Americans are fed up with politicians pitting us against one another. The amount of lying and deceiving just to have another vote or advance an agenda is disgusting, but it’s also leading to real violence.

Notably, the mention of the attacks being “un-American” is problematic in the sense that hate crimes have nothing to do with being American, but they have everything to do with being human. What’s being damaged by consistent violence and resentment is the humanity of our nation. A more honest and forthright approach to addressing these crimes should be to call these perpetrators “inhuman.”

On the topic of hate crimes and prejudices, Biden emphasized “telling the truth” in his Address. He promised people they can trust in the government. To meet this moment in American history, Biden needs to do a little bit more in order to gain our trust back. Simply asking for it is not enough anymore.

Social justice is currently at the forefront of American consciousness, and that discussion is directly related with our trust in public officials.

This is especially true with the ongoing trial of Derek Chauvin, the police officer involved in the killing of George Floyd. Chauvin’s trial is receiving local media attention, but isn’t getting enough attention from national outlets.

This past week the city of Minneapolis paid a $27 million wrongful death settlement to Floyd’s family. Still despite overwhelming evidence, doubt remains that Chauvin will be convicted of murder charges.

These doubts are rightfully founded in decades of foul play without justice. For instance in Kentucky, the Taylor family received a $12 million settlement from Louisville for the wrongful death of Breonna Taylor. However, even with a monetary settlement, none of the officers involved were charged with murder.

Overall, Biden has done a lot in his 60 days in office that has been a tremendous help to the people, like the American Rescue Plan, which will provide aid and relief to Americans. His statements about Americans needing to work together and do their part in minimizing the spread of COVID-19 needed to be said.

Give credit where credit is due, but we still need to remain critical and outspoken on promises that our politicians aren’t following through on. If Biden is serious about honesty and justice being served, he’ll do more than just give speeches.