Billie Eilish gives fans a real sense of her life 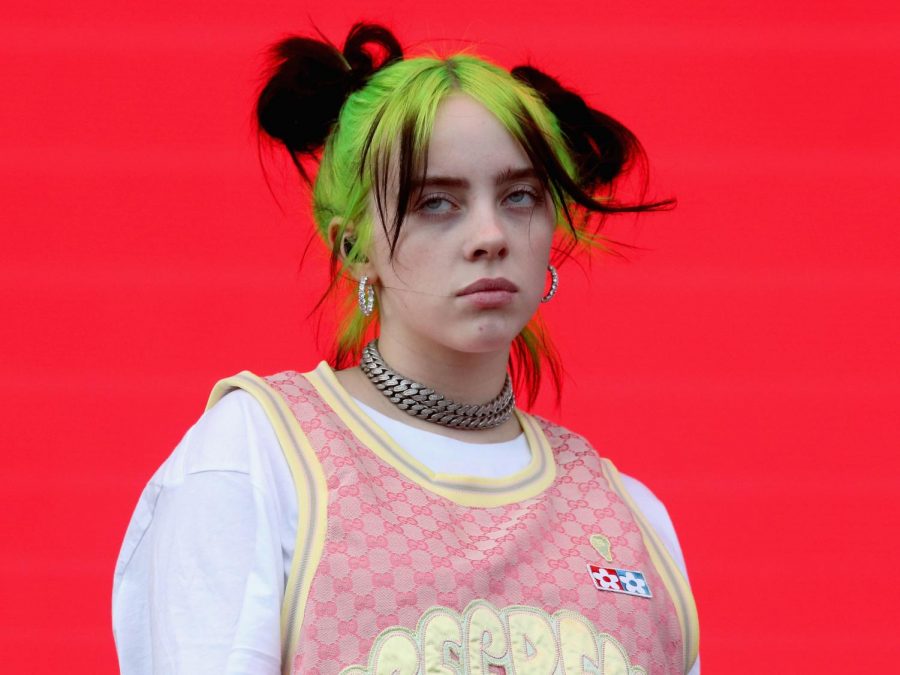 Singer, song writer Billie Eilish unravels her rise to fame in Apple TV's newest documentary. The film is structured thoughtfully and draws in audiences with its personal moments.

One of the most successful young artists in pop music, Billie Eilish, has finally shown her fans behind the scene footage of her life in the new documentary, “Billie Eilish: The World’s A Little Blurry.”

This documentary, released Feb. 26, on Apple TV+ , is a landmark piece of content for Apple’s streaming service. The documentary walks fans through how Eilish’s explosion in popularity has changed everything for her and her family.

Viewers are given an intimate view of Eilish’s experiences while making and promoting her groundbreaking 2019 album, “When We All Fall Asleep, Where Do We Go”. The documentary boasts tons of new information about her songwriting, making music videos, touring, performing at Coachella, sustaining injuries while playing shows and how she’s handling personal relationships.

The cinematography was amazing. The camera angles were great, and the whole production was so well put together. The interview moments throughout the documentary were really well placed with seamless transitions between interviews, performance shots and backstage moments.

Above all else, the documentary felt genuine.

From music-writing clips with her brother Finneas O’Connell to her practicing her songs before a performance — the whole thing came across as authentic, giving an honest depiction of Eilish’s thoughts throughout her journey. There were a lot of interesting moments captured of her being overwhelmed or her experiencing tics from her Tourette syndrome.

The focus — throughout the documentary — on her family played a huge part in making it feel so real. It was great to see her interactions with the family, which she’s obviously very close with. It also showed how she processed and went through a break up. Ultimately, the super-personable Eilish gave a lot of worthwhile advice viewers can apply to their own lives.

This documentary was just the right amount of context and background knowledge people needed about Eilish. At 19 years old, she’s young and super successful, and that can be a lot to handle. She seems very open with how she feels which is great to see in the media.

The documentary really did justice to portraying Eilish’s side of the story.

There was a crucial moment within the last 20 minutes of the documentary where Eilish discusses how bad of place she used to be in and how much she had struggled with her mental health, specifically depression. In a real eye-opening scene for the audience, Eilish shares journal entries that she would write when she was 14 years old. These past experiences with depression were moving, but not the whole documentary, as there is just so much more to Eilish than that.

Seeing the process of how many of her fan’s favorite songs were made was interesting, and so was hearing her talk about the visions she has in her head for the songs and the process of making them come to life while filming music videos.

The whole documentary wraps up at the Grammy Awards, which was the perfect way to end it. By showing how far she had come with her music, it highlighted the most important parts of Eilish’s career.

While the runtime of this documentary was long at 140 minutes, not a single moment was wasted. It was an awesome viewing experience from start to finish and is a must watch, even if you aren’t her biggest fan.