Trump’s trial: Another disaster for Democrats 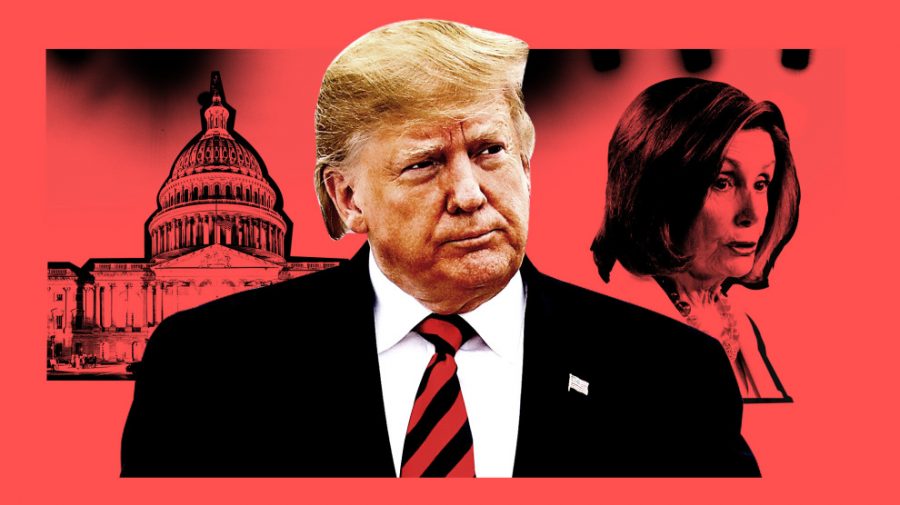 The Senate voted 57-43 in favor of impeaching Trump, falling 10 votes short of impeachment.

Four years of political back-and-forth over accountability seemingly came to an end last Saturday, when the Senate voted 57 to 43 in favor of impeaching Donald Trump for his involvement in the Jan. 6 insurrection at the capital.

The decision, in which all Senate Democrats and seven Senate Republicans affirmed the articles of impeachment, was 10 votes shy of the threshold necessary for impeachment. Trump was therefore acquitted of all charges.

An apparent constitutional crisis, our democracy is clearly flawed when the 57 Senators voting in favor of impeachment can represent 76,704,798 more Americans than the 43 Senators against impeachment and still lose the trial.

The process is obsolete and outdated, and so is the Senate chamber. The continued reign of minority rule in the U.S. is a plague to millions of struggling citizens. It is unsustainable that progress can keep being stifled by a few powerful people, something has got to give with the way our government functions.

The week of shocking video evidence and a bumbling defense from Trump’s legal team, culminated with a puzzling end to the Senate’s impeachment trial, when Senate Majority Leader Chuck Schumer decided to rush to the decision, foregoing the call of witnesses that Democrats had fought for.

The Democrats have defended the surprising move to forego witnesses by arguing that calling witnesses was essentially a waste of time because Senate Republicans were not going to vote in favor of impeachment regardless.

Characteristic of the Democratic party leadership’s dedication to profound political impotency, this defense raises the question: what was the point of spending a week on the impeachment trial if you’re not going to see it through till the end?

Instead of working to pass a desperately needed stimulus bill to address the continued devastation of COVID-19, Democrats dedicated a week to political theater before caving to Republicans and moving into a recess. Not a good look for the party that just overtook all three branches of government, and an incoming president who ran on leadership and competency.

As ugly as this failure is politically for Democrats, it will be compounded further if they can’t deliver comprehensive relief soon. People are losing everything as they continue to drag their feet, and it’s not like there aren’t options the Democrats have access to right now.

It is a known fact that an executive order relieving student debt relief would make a huge impact for low income communities, still President Joe Biden hasn’t moved on the issue. Even the promised $2000 stimulus checks could be forced through the Democrat-controlled House and Senate as a stand alone bill and signed by Biden, still the Democrats aren’t doing anything.

After the past week, the Democratic party looks incompetent, weak, and dangerously out of touch with the needs of the American people. These early stumbles in the Biden administration are a gift to the Republican party, which is being handed all the ammo it needs to strike back as strong as ever in the 2022 midterm elections.

With Trump now off the hook, he will in all likelihood seek the presidency again in 2024. The Republican party is still the party of Trump, and Trumpism will continue to plague the nation.

If the Democrats are serious about putting Trump and all he stands for to rest for good, the best thing they can do now is get to work and make the strongest case for themselves being in power. Meaningless political gestures aren’t going to be enough.