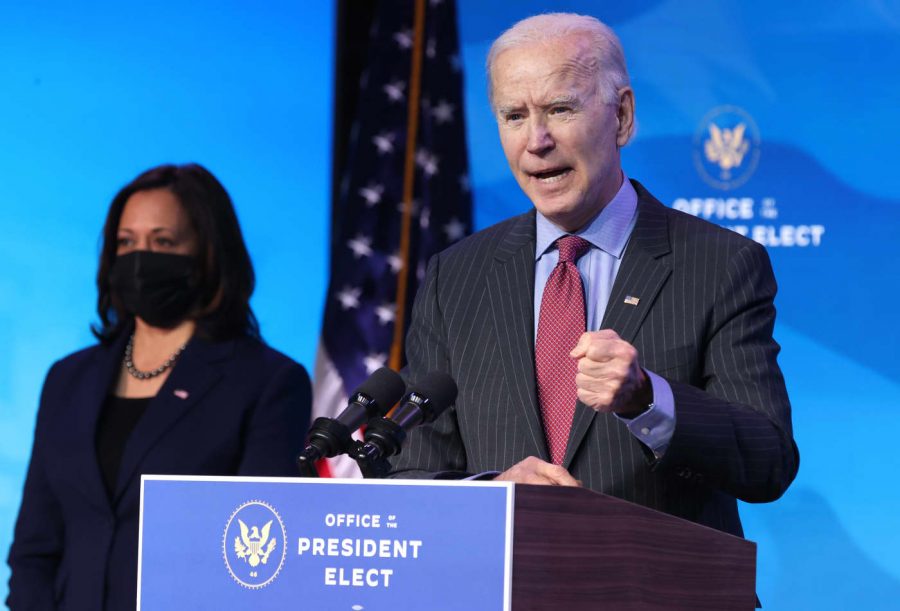 Biden has promised to not back down from a $1,400 stimulus for the next relief package.

President Biden’s term is in full swing, and he’s making good on his promise of COVID-19 relief. Which, I don’t know about you, but this gives me a glimmer of hope.

Democrats have proposed a bill that will give U.S. citizens $1,400 in stimulus payments to people who make under $75,000 a year.

House Speaker Nancy Pelosi has said that the House of Representatives wants to pass the coronavirus relief bill in the next two weeks. The amount of money for the check could still be subject to further negotiation.

The plan proposed by the Democratic party is expected to closely follow President Joe Biden’s proposed package to address the tolls of the coronavirus pandemic.

President Biden said that he backs the Democratic stimulus bill that would provide $1,400 stimulus checks. A man of the people, if you will.

A group of 10 Republican lawmakers revealed their alternative stimulus plan that would scale back the checks to $1,000 per adult and lower the income cap for receiving payment.

That plan would cut the cost of a third stimulus check to $220 billion, compared to the $600 billion Biden’s plan is set at.

Biden said he will not back down on the $1,400 sums he promised Americans. There are more than just stimulus checks within Biden’s COVID-19 relief package.

Additional checks are going to have the goal of bringing recent direct payments to $2,000 in total — including $600 authorized by Congress in December.

But, the president has signaled he is open to changing eligibility requirements.

I really appreciate his efforts to make the relief money more accessible to people who actually need it and are still struggling. Biden’s plan also includes a $350 billion package that would be disbursed to schools and minimum wage workers.

I’ve long since debated with people on raising the minimum wage, and it’s something that I believe in, but I also acknowledge that it’d be hard on smaller companies.

I read an article recently about the pro’s and con’s of raising the minimum wage, and I think there are good points to each side.

It’d get minimum wage workers above the poverty level and raise the standard of living, but also would cause more layoffs or slower hiring — smaller companies wouldn’t be able to afford the hiring of multiple employees.

Trying to reopen schools is a good goal to have, even though I hate sitting in a classroom after not having to for 10 months.

I’ve seen first hand that kids in high school grades or below do better in person at school, in contrast to all online.  For example, I know some high school students who have said that they have a hard time focusing in online classes and feel as though they have learned nothing. I can agree, I haven’t learned as much with online classes compared to in-person classes either.

Roughly $130 billion would help schools reopen safely, $40 billion for colleges battered by the pandemic and gradually raising the federal minimum wage to $15 an hour. There has been uncertainty surrounding whether increasing pay can be included in reconciliation, a process focused on the budget and related items.

Biden said that he plans to push for a stand-alone bill to raise the minimum wage.

The relief package and the talk of raising minimum wage again gives me hope that we’re on the right track towards some normalcy.