‘The Map of Tiny Perfect Things’ needs a road map 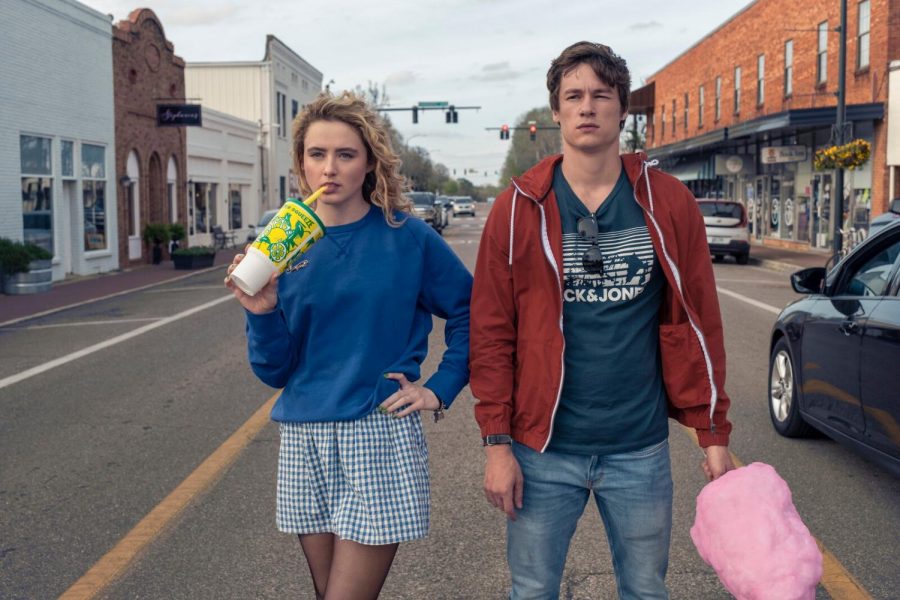 Debuting right before Valentine’s Day, Amazon Video’s “The Map of Tiny Perfect Things” was as compelling and romantic as a children’s rug city map.

Even the writers thought the movie was forgettable, since they forgot the title phrase when making the movie. Characters repeatedly call “perfect moments” instead of “perfect things.”

“The Map of Tiny Perfect Things” opens with the traditional “Noah Centineo-type” character Mark (Kyle Allen) running into a flirty girl multiple times throughout the day, and then the plot shifts interest — without missing a beat — to an aloof, uninterested, cool girl Margaret (Kathryn Newton). Despite Margaret’s preferred solidarity, Mark begins stalking her as his first romantic gesture.

If one odd turn wasn’t enough, the plot adds in a “Groundhog Day” element. Everyone is reliving the same day over-and-over again, but Mark and Margaret are the only people who realize the anomaly.

While this clarifies Mark’s stalking, beginning a love story with the protagonist secretly following someone initially comes off as unnerving.

Mark urges Margaret to make the most of each day, but Margaret is more discouraged by their situation and is just trying to get through each day. Because everyone else is “asleep” — mindlessly caught in the loop — it’s surprising they don’t immediately try to save the world, but the protagonist is too selfish for most of the movie to care.

In the majority of the movie, Mark focuses on “wearing [Margaret] down to date him,” insulting his father’s passion project and relentlessly venting to his best friend.

That being said, the supporting characters in the movie are undoubtedly the most enjoyable to watch. They are more developed with specific interests and compelling dialogue — it’s too bad Mark is the main character.

The plot does take a turn for the best near the end, when Mark begins to grow as a person. But by then, it’s a little late and inorganic to transform him into a likable character.

Since he began becoming a better listener, “The Map of Tiny Perfect Things” couldn’t round out to a romantic ending. After all, Margaret has made it clear throughout the movie she’s only interested in a friendship with Mark.

Would “The Map of Tiny Perfect Things” completely railroad consent and unnaturally insert romantic fireworks? You can take a lucky guess or dive into this wild ride of a movie, but don’t forget a map.

The Amazon original is full of predictable romantic comedy tropes and still manages to feel unlikable for most of the 99 minutes with sloppy writing. The cluster of unrelated tropes were shoved into one movie with few attempts to connect them until the last 15 minutes.

“The Map of Tiny Perfect Things” could have checked off most of the boxes for a cheesy romantic comedy, but the plot veers from that direction. Instead the plot tries to be taken seriously, while still taking many shortcuts.

If anyone wants to actually feel like they need a road map while watching a movie, “The Map of Tiny Perfect Things” will be a must-watch.