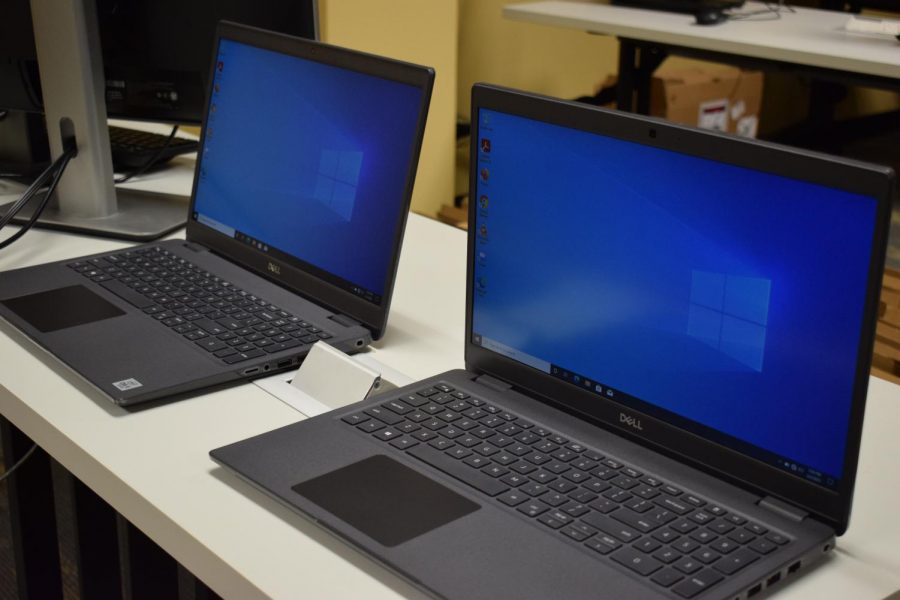 100 new laptops and hotspots have arrived at the Student Technology Center (STC) due to increased demand.

While the majority of classes are still online, Leo Debiaggi, senior director of STC, noticed an increased need for technology and their inventory dwindling. With 100 new Dell laptops and 100 new WiFi hotspots added to the existing collection — MacBooks, DSLR cameras, webcams and various software — there should be enough resources.

“The demand has been great actually,” Debiaggi said. “We had rented out every single laptop we had at our disposal.”

Whenever staff and faculty have noticed a technical need, students have been referred to the STC, according to Dean of Students Michael Wadsworth. Check-outs have been fueled by emergency relief requests from the Dean of Students office, the Center for Multicultural Initiatives and the Office of Student Involvement.

“Nobody planned to go into pandemic-mode, and I’ve just been really happy to see the resources from the Student Technology Center gathered and put out for students,” Wadsworth said. “Just because we say, ‘we’re going remote …” doesn’t mean everyone has the same opportunities and resources to do that.”

With another batch of technology, students can stop by STC during regular hours — Monday through Thursday from 9 a.m. to 9 p.m. and Friday from 9 a.m. to 5 p.m. Everything is free to borrow for a maximum of one semester for all students enrolled in at least one course at OU.

Previously, technology was only available for a week at a time, but STC extended the check-out time to a full semester to accommodate for increased online class.

“We have to make it one semester at a time,” Debiaggi said. “[If needed,] students can certainly put in [a request] to rent it again.”

The new Dell laptops have five gigs of RAM and are capable of “run pretty much any application,” according to Debiaggi. Students have full administrative access while borrowing the laptop. Each comes with Microsoft Office, and students can install any other necessary software.

The hotspots are from AT&T and Verizon with LTE high-speed internet access.

“Oftentimes, people have internet access … but it might be spotty,” Debiaggi said. “Giving someone a hotspot might be the break they need to complete their course work without any issues.”

Once a student returns any technology, it’ll be wiped of any personal information and restored to its original state. If there were any damages, the student will be held responsible for any replacement costs.

“I will say that’s extremely rare that there’s actually any damage,” Debiaggi said. “It’s really quite impressive, to be honest with you, that we rent out that much equipment and so little of it ever ends up having any sort of problem.”

Even with the recent influx of tools, he expects everything to be in “high demand,” and he hopes the equipment moves quickly.

“I want none of them [the new technology] in my hands,” Debiaggi said. “I want them in the hands of the students.”