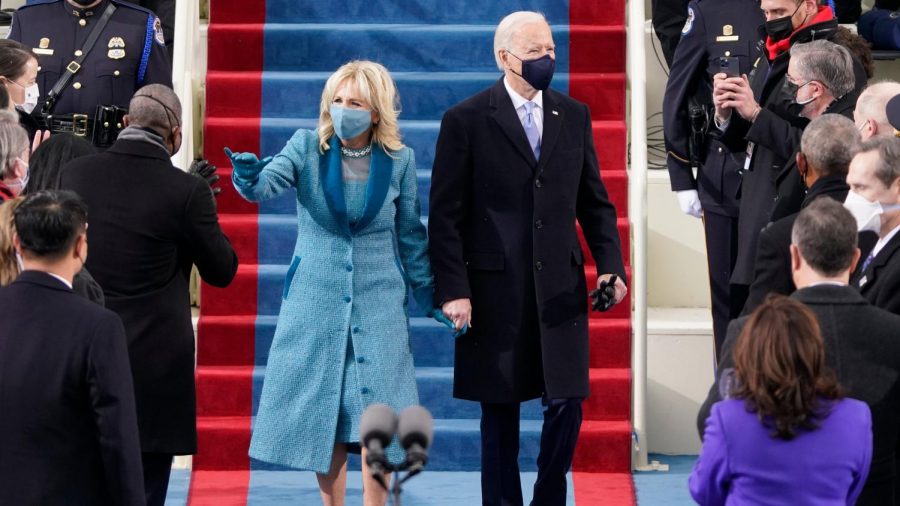 Despite all the post-election tumult, Joe Biden has been inaugurated as the 46th U.S. President. The change in leadership has millions of Americans bellowing sighs of relief, though so far it’s hard to know exactly what to expect from the Biden administration.

The inauguration ceremony on Jan. 20th captivated the masses with impassioned speeches and performances.

Given the circumstances of the pandemic and security concerns, the inauguration was unlike any other. There were remote presenters, stunning visual displays of barbed wire fences and National Guard troops before a backdrop of over 180,000 U.S. flags, as well as a bombastic firework display to finish the day off.

Heralded as a “return to normalcy” by much of the press, the day was rightfully a day of celebration for groups like Muslims, African Americans, Hispanics and the LGBTQIA+ community who were so demonized during Trump’s presidency.

The theme of the event was undoubtedly the Biden administration’s commitment to national unity. There was obvious care taken in selecting speakers and performers that represent the wide breadth of a new and more inclusive national identity.

This was evident in live musical performances by big names including — Lady Gaga, Jennifer Lopez, and Garth Brooks.

On the day, musical performers seemed to tone down their vocals so their performances were accessible and engaging to the audience. Brooks’ rendition of “Amazing Grace” was particularly geared for viewers to be able to sing along and begin what Biden promises will be a time of healing.

Among a who’s who of political powerhouses and A-list celebrities, there were a couple unexpected standouts.

First, the 22 year-old African American Harvard graduate and first ever U.S. National Youth Poet Laureate, Amanda Gorman. After delivering a vibrant reading of her poem “The Hill We Climb,” Gorman immediately jumped to the top of bestseller lists.

The second standout was Senator Bernie Sanders, who became an instant viral sensation for showing up and sitting in his chair while wearing a large winter coat and hand-crafted Vermont-made mittens.

A beloved fighter for working people, Sanders somehow overshadowed the incoming president on inauguration day by doing nothing more than donning the kind of winter wear and standard blue surgical mask familiar to millions of everyday Americans. A strange time in the history of our politics indeed.

With these orders, Biden is working overtime to establish some good faith with his voters and the American public.

Additionally, Biden garnered favorable press with his selection of Rachel Levine to be assistant secretary of health. With this historic decision, Levine is poised to become the first transgender individual to be approved for a senate-confirmed post.

With diverse cabinet selections, the Biden administration is obviously signaling to their base that they will select the best person for the job regardless of race, gender or sexuality.

Despite some good faith acts on behalf of Biden, there’s still plenty of criticism coming in from the progressive wing of the party. The urgency of pandemic relief specifically is a hot-button issue.

Concerned voters are nailing Biden for apparently walking back his promise of immediate $2000 relief checks. With reports this week that checks will be $1400 instead of the promised $2000 that won’t be arriving until March, struggling Americans are not happy.

Action like stimulus checks, extended unemployment benefits and student debt relief are of critical importance to college students who have been disproportionately affected by the economic ramifications of COVID-19.

One week in, and there is a ton of pressure on Biden to rise up and meet this pivotal moment in our nation’s history. With Republicans already rallying around the fact that Biden underperformed with segments of the Democratic base during November’s election, there will likely be huge ramifications for Democrats during midterm elections if the Biden administration does not deliver big for the American people during this desperate time.