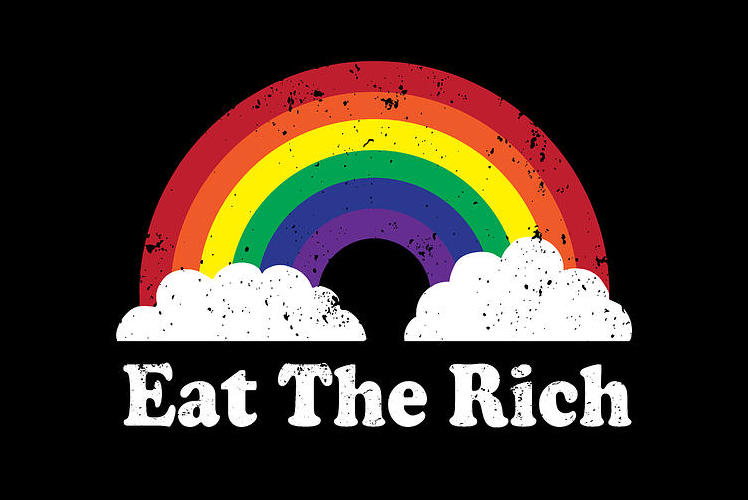 Many Americans struggle with making ends meet because of layoffs because of COVID-19, but fear not, dear reader, the top 20% have only gained from it.

Bloomberg recently released an article called “Americans Are Getting Richer, Helped By Federal Reserve Policies in Pandemic,” and it just made me respect the entire top 20%.

I know I’m a notorious pessimist and often asked, “why don’t you write about anything positive?”

Not to sound like Chad, the business major who’s only personality trait is talking about stocks, but if you’re able to understand and learn the stock market — praise to you. Risk-taking with money sounds like the 9th circle of hell to me, but go you, Chad.

They are able to cheat the system and refinance their mortgages

I know I’m not the only one who only has a vague idea of what a mortgage is, even though it’s been explained to me more times than I can count — so immediate respect to them.

What me and my pea brain have been able to gather, a mortgage is an agreement between the buyer and a lender that gives the lender the right to take your property if you, as the buyer cannot repay the money you’ve borrowed plus interest. I hate capitalism.

With COVID-19, the rates of mortgages have gone down and the top 20% would take advantage of this. Essentially, they’re paying less for their $500,000 house, which calls me poor in seven different languages.

They have the privilege of good credit scores

I know people my age and younger know nothing about credit scores or mortgages because the school system fails each and every one of us, but the top 20% have better education and have the knowledge that we don’t have. Of course they have the privilege to have a good or great credit score, since they’re rich.

I want to be rich.

I will never relate to this because I’m going into a “dying and underpaid field.” Thanks mom.

The top 20% are probably in either the engineering, medical or law fields. This number is probably a modest number to, like right out of college with no college debt.

They have the ability to move around funds

The top 20% probably has a financial advisor to do this for them. But having enough money to freely move money from different saving accounts, checking accounts, and investment apps is a different type of privilege.

So is knowing how to invest, but that’s America’s school system failing us.

I will leave you, my lovely reader, with two notes.

Peter Atwater, an adjunct professor at William & Mary who popularized the notion of a ‘K-shaped’ recovery to describe the stark split in economic fortunes, says in the Bloomberg article, “There has probably not been a better time to be wealthy in America than today, so much of what policy makers did was to enable those that were wealthiest to rebound fastest from the pandemic.”

The second note is my favorite — eat the rich.