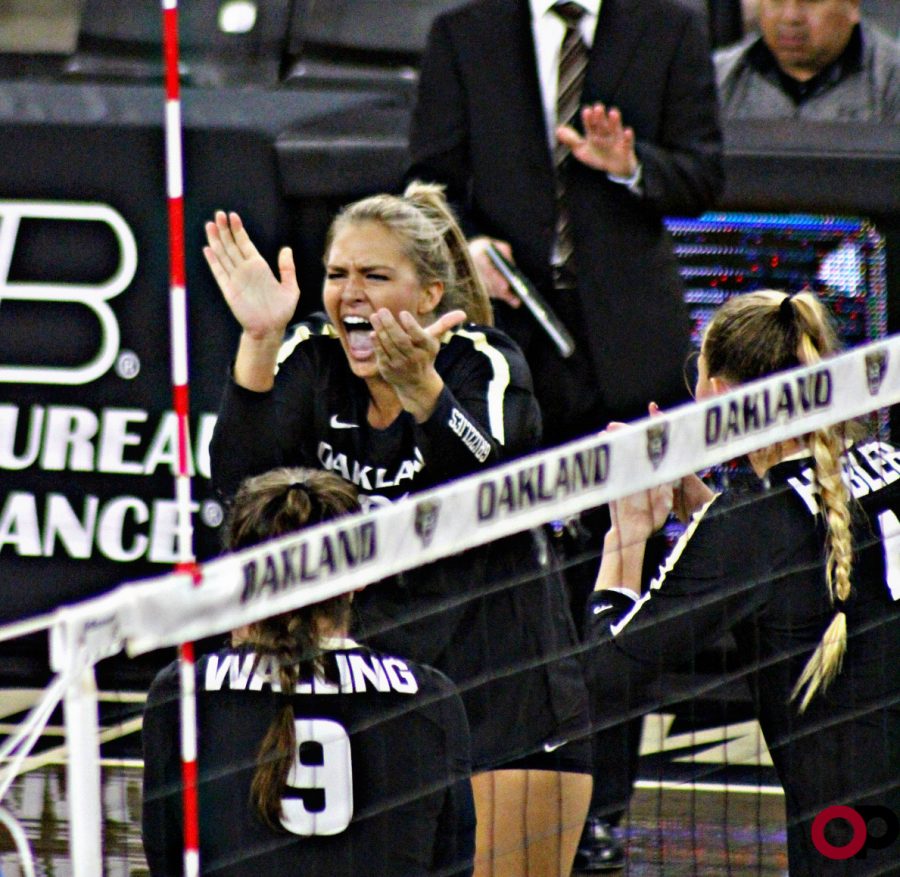 Oakland Volleyball hasn't played a Horizon League game since 2019. Now, they are forced to adjust to an unusual season.

In a delayed season start due to COVID-19 concerns, Oakland volleyball is set to begin competing Monday, Jan. 25 at 6 p.m., where they’ll take on Robert Morris University. The team’s last game was Nov. 22, 2019 against Green Bay.

“[We’re going to have] eight matches out of the 10 possible opponents in the Horizon League,” Head Coach Rob Beam said. “With 11 total teams, we have 8 matchups we get to play this year — we’re looking forward to all of them.”

Beam felt every contest will be tough.

“It’ll be fun to continue the rivalries we have,” Beam said. “In the Horizon League, the league is so good in volleyball that every [game] is going to be a tough contest. There will be clear variabilities, changes, restrictions [and/or] limitations with COVID-19 — an entire team could go into contact tracing. Anything is open and on the table [so] it’s going to be an exciting time — there’s going to be challenges, but those are all opportunities.”

The team is young this season with four freshmen, five sophomores, six juniors and two seniors: Jamie Walling and Lindsay Wightman. Walling and Wightman are both multi-year starters who will finish their careers at or near the top of certain stat categories, as mentioned by Beam.

“I think [Walling and Wightman] are going to be headliners in the Horizon League all season long,” Beam said. “Wightman is a great passer, she’s competitive, an outstanding defender. Walling is a spectacular attacker — she’s one of the best players in that skill category. She’s feisty and competitive, a really great supportive teammate and a good leader in her own right.”

All in all, Beam believes the team has a balanced lineup.

“I believe we’ve got some players in reserved roles that are going to be really surprising,” Beam said. “Kerra Cornist is a spectacular athlete, she’s going to be a great athletic addition to the program.”

Returning starters include junior Jessica Riedl and redshirt sophomore Brittany Welch. Additionally, some defensive players that have made “key contributions over the years” according to Beam, include sophomore Haley Brown and junior Sydney Mann.

“We’ve got a very young team,” Beam said. “The most exciting part of this is that we’re going to learn in real time about our capabilities. The competition is going to help form and mold the team for a number of years to come.”

Amid COVID-19 concerns, Beam is very proud of the student athletes and grateful for the sacrifices they’re willing to make.

“This year, the players are going to have to be more diligent than they’ve ever had to be as college students,” Beam said. “They’ve already given up social lives, in-person classes [and] other opportunities. We’re trying our very best to be supportive and encouraging — the coaches have to do it too and we have to lead the way.”

Overall, Beam wants to focus on being “present, intentional and grateful for the opportunity to compete.”

For more information on the upcoming season — including the roster, game schedule and current news — visit the women’s volleyball homepage.