‘We Can Be Heroes’ is a Marvel parody, at best 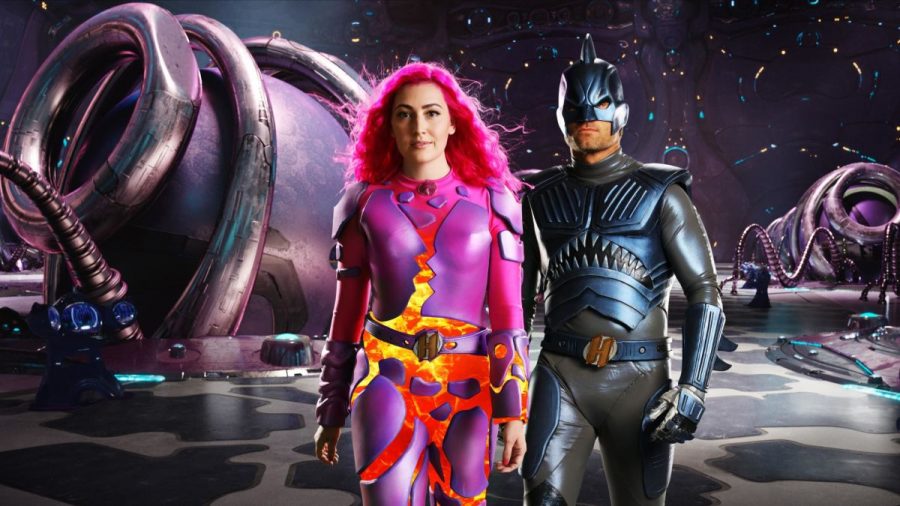 Lavagirl and Sharkboy from “The Adventures of Sharkboy and Lavagirl” are adults now and have joined a group of superheroes to protect Earth. When their powers are failing, their children have to step in and help save Earth though.

Netflix’s “We Can Be Heroes” is a sloppy shell of director Robert Rodriguez’s childhood staple movie — “The Adventures of Sharkboy and Lavagirl.”

Rodriguez took an abrupt turn in the early 2000s, after focusing on action films his entire career, from “Sin City” to “Spy Kids.” Despite the switch, his kids’ content was goofy and imaginative, and those movies even hold up nearly 20 years later, at least as satirical nostalgia.

After two decades, Sharkboy and Lavagirl’s return had no anticipation, an irrelevant reboot. In fact, the superheroes of the original movies were degraded to half-baked side characters.

Instead, the main character Missy Moreno (YaYa Gosselin) was the super-powerless daughter of this movie’s version of the least favorite Avenger — Hawkeye.

Marco Moreno (Pedro Pascal) is a retired member of an elite hero group without any superpowers — just like Hawkeye. Moreno is their skilled swordsman, which is indiscernible without a Google search.

When an alien invasion puts Earth at risk, he jumps into action. With the comeback of the century, Moreno is captured within the first 20 minutes of the movie, and Missy joins forces with the other heroes’ children — who luckily all happen to be parents — to save the world.

Despite his drab development, Pascal is also recognizable for his roles in “The Lord of the Rings,” “The Mandalorian,” “The Mentalist,” “Buffy the Vampire Slayer,” “Wonder Woman” and the list goes on. “We Can Be Heroes” is a confusing and lackluster addition to his career, at best.

He’s not the only recognizable actor sprinkled into “We Can Be Heroes” though. Fans of Rodriguez’s work may remember the president of the U.S. (Christopher McDonald) from “Spy Kids.” He’s continuing a cinematic dictatorship from his presidency in “Spy Kids 2: The Island of Lost Dreams” in 2002.

Mild political commentary continues throughout the movie, an “essential” aspect to any kids’ movie.

“How did this guy get to be President? He can barely put two sentences together,” one of the supers said.

This isn’t a surprise though, considering the current political climate, and Miracle Guy (Boyd Holbrook) — that’s actually his hero name — even admits not voting for him.

Although political commentary seems out of place in this movie, it is one of the few elements preventing all the characters from becoming unoriginal or at least static.

The uninventive heroes — children and parents — include Miracle Guy (extreme strength), A Capella (amazing singing) and Blinding Fast (super speed). These are just a few of the 17 different supers that were likely given little personality, even in their naming, because “We Can Be Heroes” tries to cram the Avengers movies into one movie with a fraction of the budget.

“We Can Be Heroes” follows a simple plot, yet feels overwhelming. Rodriguez’s early children’s movies were overflowing with imagination, despite spotty production quality, and “We Can Be Heroes” missed that mark.

Even though this just grazes the surface of the movie’s nonevent plot and characters, “We Can Be Heroes” is still worth a watch for some audiences. This is a lackluster example of an action movie and nostalgia, but “We Can Be Heroes” could be great satire as a parody of the Marvel Cinematic Universe.

“We Can Be Heroes” doesn’t seem to be intended to be consumed satirically, but it’s the best way to enjoy what amounted to be a cinematic novelty.