The next steps to strengthening democracy 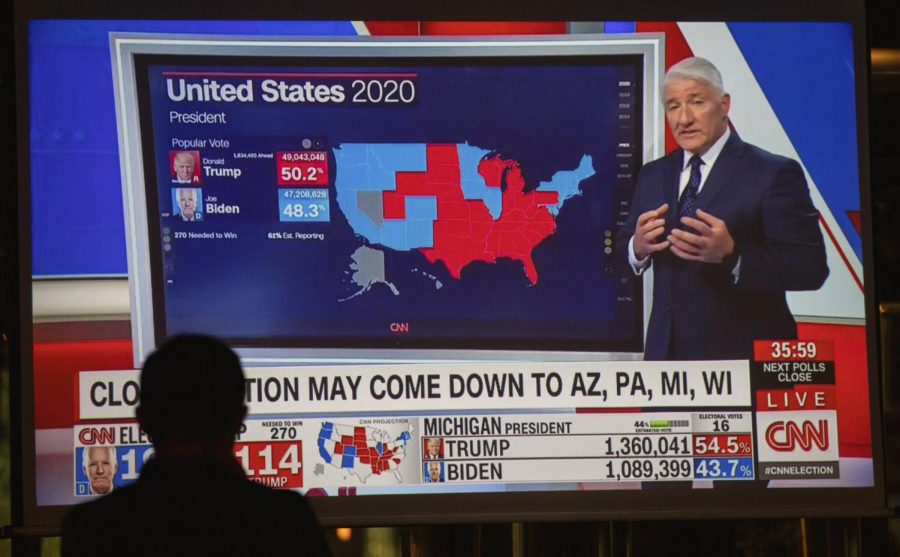 Eliminating the Electoral College will further our democracy

More Americans turned out to the polls in the 2020 presidential election than any other election in U.S. history.

With approximately 160 million ballots cast, this was the highest percentage of eligible voters to participate in an election since 1900. A number of factors contributed to the historic turnout.

The most obvious factor was how polarizing both candidates were. Many ballots were cast not necessarily in support of either Donald Trump or Joe Biden, but in spite of them.

Democrats and Biden specifically campaigned on this being the most important election in history, saying that Trump had to go, and that the fate of the country depended on it.

The Trump campaign leaned into their “Biden crime family” narrative, and the Trump presidential motif that “only he can lead this country and fix our problems.”

Perhaps less obvious, but equally as important to this year’s turnout is the efforts grassroots activists have made in recent years to expand voting across the country. Policies like absentee ballot expansion and same-day voter registration have made voting easier and more accessible.

Ever since the Voting Rights Act was gutted by the Supreme Court in 2013, voter suppression has been even more rampant across the country. Measures like absentee ballot expansion and same-day voter registration have been effective in increasing voter turnout despite the disgusting politics of denying citizens their right to vote.

So, what are the next steps in improving voter participation, how do we carry the momentum of 2020’s election turnout into future elections? Here’s five ideas on how we can continue increasing voter turnout and strengthening U.S. democracy.

Get rid of the Electoral College:

No more red states and blue states. No more presidents elected without winning a majority of the votes. The founding father’s flawed system continues to be a huge obstacle to election enthusiasm. The system is inherently undemocratic, and in this modern era of elections millions of voters are being reduced to the way their state casts electoral votes even when they themselves hold different political views.

I mean is it any wonder that people are cynical about elections when they know their preferred candidate can win by millions of votes and still lose? One person, one vote is a crucial step to restoring the voter’s faith. It makes no sense to carry on with a system that reduces our elections to a handful of counties within battleground states. We must expand our democracy to include every state in the union — we must make sure our politicians are being held accountable by all of our people instead of just a few, and discarding the electoral college is the way to do it.

As straightforward as it sounds — no more having to take the day off work or having to schedule your whole week around making time to vote. It needs to be as easy and convenient as possible for citizens to cast their ballots, too many working class people are kept from voting because of their rigorous work schedules. Making election day a national holiday is the best way to help make sure those people can make it to the polls and have their voices heard.

The Voting Rights Act needs to be restored and expanded to protect citizens from bad-faith politicians. We can’t have limited poll locations in densely populated areas and people waiting in line for eight hours to vote, we can’t have felons serving their time and then losing their right to vote.

Voters need legislation that puts the courts on their side, this is the way to protect our constitutional right to vote. As far as ideas for expanding the Voting Rights Act —

No more extra steps, no more standing in line or waiting for documents in the mail. With automatic voter registration, as soon as a U.S. citizen turns 18 they will automatically be registered to vote. This will increase turnout for young voters busy with school, as well as working class voters busy on the job.

Ranked choice voting gives voters the option to vote for who their views most closely align with as their first choice, while ensuring their ballot goes to whichever candidate is garnering the most support to win with their secondary choices. It helps break down the two-party monopoly on our democracy and makes it so there’s no more feeling that voters are throwing away a ballot by casting it for a third party candidate. The state of Maine has already implemented this system, once voters get a taste it is sure to expand from there. If we want a strong democracy voters have to have real choices with their votes and ranked choice voting moves us closer to those democratic ideals.