‘The Comey Rule’ caters to 2016 election 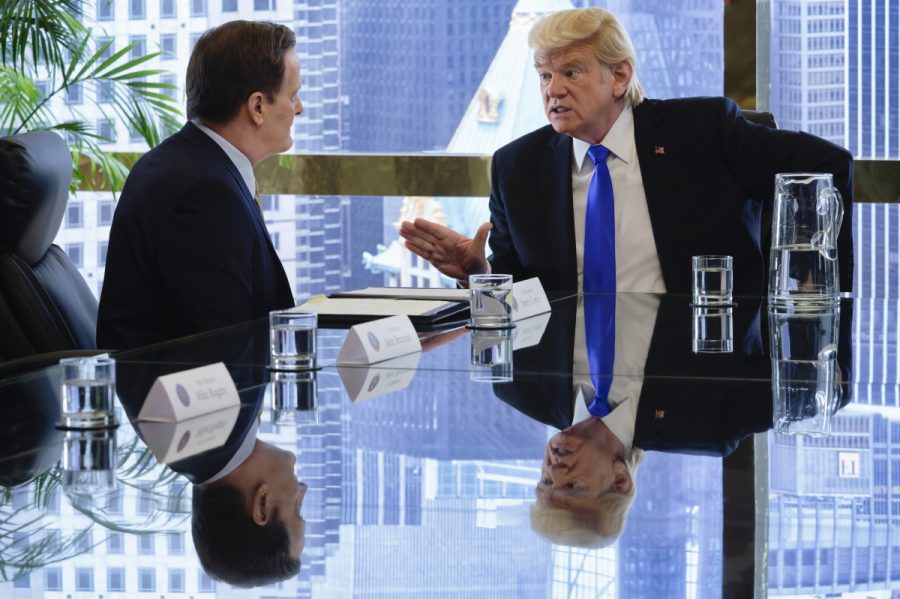 The 2016 election is still a big topic to this day. The scandals behind it and the secrets that were let out during the process still hang over U.S. politics. With election season here, “The Comey Rule” was released, but was it released four years too late?

“The Comey Rule” is a two part mini series that adds up to a three hour watch. This was released during the end of September on Showtime. This series is based on former FBI Director James Comey’s book “A Higher Loyalty: Truth, Lies, and Leadership”.

In this miniseries, James Comey (Jeff Daniels) is portrayed as a man that cares about his family and the people he works with. It portrays him as the “good guy” of the show, which would make sense since it’s based off a book that he wrote.

The series follows Comey throughout the 2016 election and the early months of Donald Trump’s (played by Brendan Gleeson) presidency. As the episodes relate to each other they take on two different subjects in Comey’s relations to the election.

The first episode talks about the handling of the Hillary Clinton email investigation and the FBI reopening of the investigation. It shows how the email scandal affected the election and the months leading up to Trump’s presidency.

By having the first part being about before the election, the show portrays the cause and effects of Comey’s actions as the viewers follow along with his decisions before and after the 2016 election.

It looks further into if reopening of the emails was throwing the election in favor of Trump, but throughout the episode Comey claims that he doesn’t know if the emails are even significant. Since the email release took place not too long before the election, there is good reason to be skeptical of his view that the emails were not that significant.

At the end of the first episode it shows details of looking through the emails and the resulting findings.

The second episode opens up with a “F*** You James Comey” song as Trump had just won the presidency and Comey had become one of the most hated men in America. This episode focuses on Trump and Comey as Trump takes on his presidency.

Comey works throughout the episode trying to “get along” with President Trump, still disagreements begin to arise. It shows the process of Trump posturing to use the power of Comey, the Bureau and the Department of Justice to accomplish his goals.

As the audience watches this series they can come up with different conclusions on Comey and how the situation went. Some may see this series as a way of trying to portray him as the “good guy” even though many believe that he wasn’t. In general, this series gives more enlightenment to the topic, more clarification on exactly what happened.

The series is opportunistically riding the wave of heightened political interest politics brought on by the 2020 election, and is mainly just Comey attempting to redeem himself by giving his side of how his actions influenced the 2016 election.