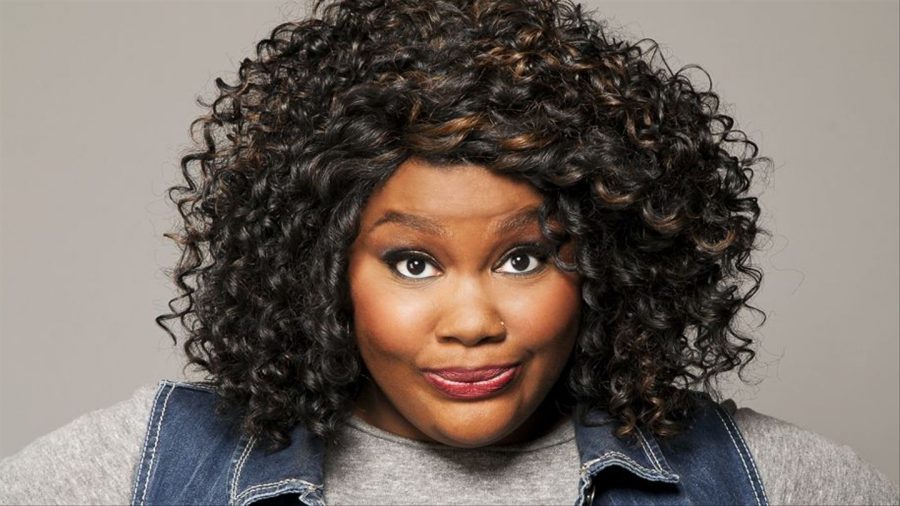 “I’ve always been loud, boisterous and performative,” Byer said of how she got into acting and comedy. “My grandmother always used to say, ‘Oh, Nicole’s putting on a show now!’ [That] just meant I was being very funny for no reason, because it was just dinner. So it was like, why is she cracking jokes about these potatoes?”

Currently, Byer hosts Netflix’s “Nailed It!” (a competitive baking show where home bakers try replicating masterpieces) and podcasts from “Why Won’t you Date Me?” and “Best Friends with Nicole Byer and Sasheer Zamata” to “90 Day Bae.” She’s also been on MTV’s “Girl Code,” “The Good Place” and a comedy series based on her life “Loosely Exactly Nicole.”

“The things they make are so funny [on “Nailed It!”], they make me laugh so hard” Byer said. “This one man on the first season put salt in his cupcake instead of sugar — that was truly a living nightmare.”

Byer’s career has led her to a 2020 Primetime Emmy nomination for “Nailed It!” — where she’s nominated for outstanding host for a reality or reality competition program.

When it comes to quarantine hobbies, Byer said she’s been roller skating, pole dancing and getting into yoga.

“I like pole dancing — I just want to do cool shit,” Byer said. “I like making videos, I like doing it, it’s a full body workout and I’ve met some incredible people doing it.”

Some other fun questions surrounded fellow celebrities, where Byer said her celebrity crushes were Beyonce and Idris Elba. She also told a story about a weird encounter with Jeff Goldblum in New York City.

“I was rounding a corner, and he bumped right into me,” Byer said. “I said ‘Hug me like you love me,’ and he embraced me and we went about our days. I guess it was strange but fun.”

“[Byer] is pretty funny and people know her,” said Stephanie Jurva, assistant director of student organization programs. “We knew people needed a comedic relief with everything going on in the world, so she stood out.”

As far as advice for anyone looking to follow in Byer’s footsteps, she stressed the importance of finding one’s individualized style.

“Don’t follow in someone’s footsteps, you have to figure out your own track to get there,” Byer said. “You can do similar things [to someone] as long as you’re doing it your way and you’re not trying to mimic someone’s style. Figure out what makes you funny and what you want to put out in the world.”

For more information on similar upcoming events, check out GrizzOrgs.