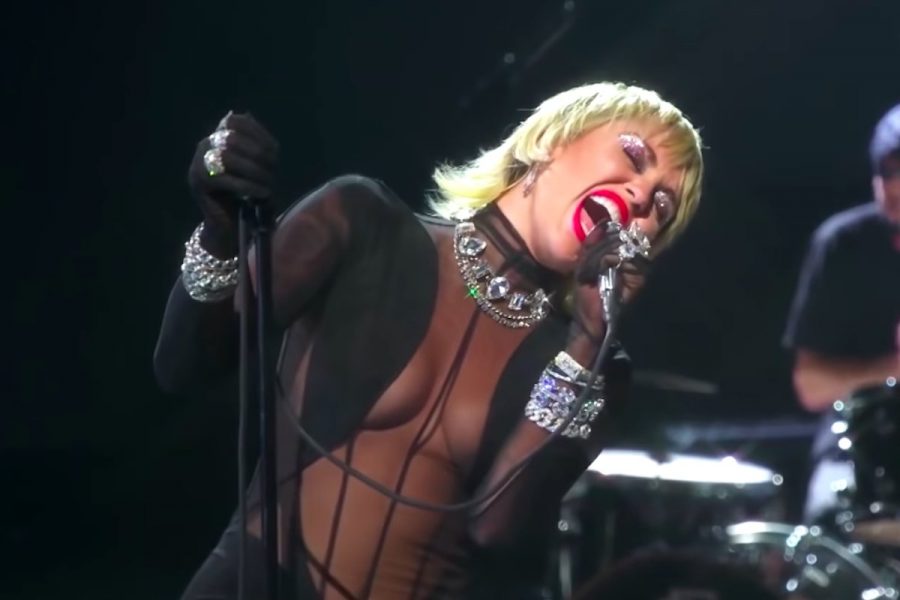 Miley Cyrus performed a “Heart of Glass” cover at the iHeart Music Festival on Sept. 20, leaving fans in awe of the singer’s range and begging for more.

After such a positive reception, Cyrus made the performance streamable on all platforms on Oct. 1, and I have been playing it on loop since. As someone who was raised on rock, the original 1979 release by Blondie holds a special place in my heart — my girl Miley took it to a new level.

Since her Hannah Montana days, Cyrus has changed intensely as an artist. Her first few studio albums play on repeat in my head, right after Selena Gomez’s “Year Without Rain” and Aly and Aj’s entire discography. While I prefer to ignore the “Bangerz” era — a dark time, indeed — Cyrus has shown off her range with “Younger Now” and “SHE IS COMING.”

Aside from her discography, Cyrus’ voice has developed over the years from powerful but sweet to something darker and heavier. Following her vocal surgery this past November, Cyrus’ voice, which has always been unique and a little raspy, had taken on a new, deeper color, which suits rock beautifully. “Heart of Glass” is only the beginning.

Her vocal surgery has had a massive effect on her voice compared to any of her previous releases — making her voice stand out even more. In “Heart of Glass,” Cyrus’ voice has taken on a more androgynous quality with both masculine and feminine elements to it. The deeper register suits her incredibly well and opens up a new world of music for her.

At the iHeart Music Festival, Cyrus delivered a performance unlike one I’ve seen in a while — she was passionate, present and totally care free. Since the 2019 release of “SHE IS COMING,” Cyrus has been hinting at a new path for her music, and she seems more herself than ever.

On top of the incredible energy behind the performance, the “Malibu” singer was spot on with every note. Not a single miss on even the toughest chords, which can be a struggle for the best singers. Cyrus blew me away with not only her raw emotion, but also her sheer talent.

With her last full length album “Younger Now” going on three years, the Tennessee native is due for a new release.  After listening to “Heart of Glass,” rock seems like the obvious choice. Her 2017 album played with exposed sounds and emotional melodies, and her 2019 EP experimented with different beats and layering. It’s time for something new, and rock seems to be the next step in her path.

With “Heart of Glass,” Cyrus has revamped a love for rock, a genre that is under appreciated in the modern music scene. While the originals will always be regarded as such, the classic rock style of the 70s, 80s and even the grunge era in the 90s deserves a revival. With a modern take, Cyrus can bring back an entire genre to the music world.