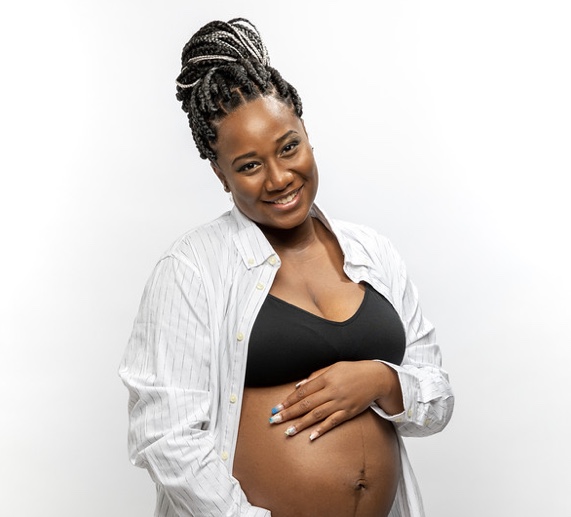 Dr. Tolulope Ifabiyi walked into a medical room clad with feelings of apprehensiveness coming from a Black mother and her child. Initially, a hospital room rarely fills its patients with ease because customarily people only find themselves in the simple polished rooms if they’re sick, but those feelings can often heighten more for Black women. Racism among healthcare professionals puts Black women’s lives at risk everyday.

However — in this case — just Ifabiyi’s presence was an immediate comfort. Ifabiyi is a Black woman as well, which made the mother’s face “fold-up” with joy, according to Ifabiyi. The mother claimed being cared for by someone that looked like her and her son was a “privilege” — the appointment was full of further “admiration” too.

Not every patient has treated Ifabiyi with the same reaction though.

“I think a lot of people are taken back when they see a Black female physician,” she said. “I myself have been commonly mistaken for a custodian [or] the nurse, even when I would introduce myself as Dr. Ifabiyi.”

The same person that appeared unqualified to one person is a beacon of hope and representation to another. The reactions to Ifabiyi are dynamically different to different patients — that contrast is stemmed from a racial bias.

Since graduating from Oakland University, Ifabiyi has stayed connected with the community to mentor other Black women entering a medical field.

Jazalyn Williams, clinical diagnostic science senior, has faced many “unsupportive” people on her way to becoming a doctor, including teachers and counselors that encouraged her to pursue “something easier.”

“Honestly, meeting her [Ifabiyi] has been such a blessing,” Williams said. “She has been there and really helped me through some stressful times.”

Black women account for roughly 2% of doctors in the United States. To put that in perspective, there’s a similar likelihood (1%) that someone has finished a marathon in the U.S. — the most obese country in the world — to a doctor to be a Black woman.

“It’s very rare that I see a doctor that looks like me… my primary physician is a woman of color, but it’s very rare for me to see that in a situation where I have an emergency,” Williams said.

Because of this discrepancy, some women will experience stereotypes that affect their health. For instance, there is a stereotype that “Black women don’t feel pain” the same way, according to Williams.

Williams went to the hospital via ambulance because of a pelvic fracture. Then she wasn’t seen for a long time, and once she was given attention her caretaker moved her injury in a way that made it more severe. Throughout this initial time at the hospital, she was given no pain medication as well.

Speaking out in these moments is often unappealing too because of another stereotype about Black women. AuJenee Hirsch, journalism senior and expecting mother, didn’t want to be labeled as “the angry Black woman” when she noticed inconsistencies in previous medical appointments.

Hirsch was experiencing sensitivity in her teeth after her wisdom teeth came in during late high school. After three visits to the dentist within two months, Hirsch suggested there may be cavities because she’d had trouble flossing since the addition of her wisdom teeth. The dentist performed x-rays and, once again, assured her she simply had sensitive teeth.

“There isn’t any way to respond without being labeled as the ‘angry Black woman,’” Hirsch said. “Once you are labeled as that, you are treated differently. Since this deals with my health, I’d rather not make any medical professionals upset.”

While her medical bill had continued to escalate and she had no resolution, Hirsch decided to see another dentist. Her second dentist looked at her previous x-rays and noticed she had 11 cavities.

Although Hirsch is concerned about the health of her teeth, she also has slew of prenatal medical appointments right now that are taking her priority.

“Being a Black woman who is expecting my first child any day now is pretty scary… there’s still that fear that I may lose my life while bringing my son into the world,” Hirsch said. “I don’t want to end up as just another statistic before I’ve even had the chance to meet my son.”

Black mothers are three to four times more likely to have deadly pregnancy complications than white women. Roughly half of these complications are “preventable,” according to the Center for Disease Control and Prevention (CDC). Additionally, the CDC denoted racial bias as the only reason for these complications.

“Because patients know themselves, they know their bodies. They have been the ones dealing with the illnesses [and] the experiences… I think it’s very important for us [physicians] to believe them and take them seriously when they are expressing concern,” Ifabiyi said.

Listening is the most important characteristic of a doctor, according to Ifabiyi. Valuing what Black women have to say is directly connected to valuing Black women’s lives.