Goodbye to Chick-fil-A in the Oakland Center 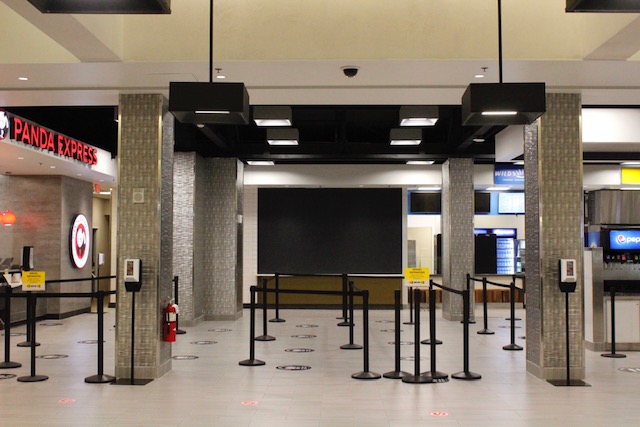 Chick-fil-A in the Oakland Center is now closed.

One of the 15 chains in Michigan, Chick-fil-A at Oakland University, may be permanently closed.

Chick-fil-A, an Atlanta-based company and one of the most successful fast-food chicken chains, has become an unlikely battleground in the American culture. When its Chief Executive Officer (CEO) Dan Cathy made comments about his opposition to gay marriage, the public outraged.

“I am very aware of his homophobic comments as well as other allegations, so because of that, I don’t go very often,” Bella Mahuad, sophomore at OU, said. “I think having Chick-fil-A on campus provided us different options for food, but it was always so busy that it wasn’t convenient.”

Mark McCormic, resident district manager for Chartwells at OU, is responsible for all on-campus food services.

“Chick-fil-A is not coming back, we have changed out quite a few concepts in the food court and will continue to do so,” McCormic said.

While the Chartwells received a request to look into alternatives for the space during the summer of 2019, the university has not released an official statement on changing the brands. According to Mccormic, they may or may not make announcements about upcoming changes for new dining options.

“We will always work to create fantastic dining experiences for the students and guests of Oakland University,” McCormic said. “Finding a solution to the opening left by Chick-fil-A is job one, obviously. After that we will look at other requests on campus.”

While Chick-fil-A’s replacement is in the process, there is good news for everyone on campus who would like to get food from the food courts. By the end of September, Chartwells at OU is announcing an app called, “Boost.”

The app, open to everyone, allows people to skip the lines (order and pay) for their food, eliminating most of the time they would wait in a line. The “Boost” will be available for use at Panda Express, Subway, The Halal Shack, The baristas in Plum Market, The Hive and possibly at Frankie’s Café in the library.

“I am excited to announce that very shortly, we will introduce Boost,” McCormic said. “It would make it easy to place and order and pick it up very quickly. There will be discounts and rewards tied to the app. I think it will be a big hit.”

Charwells also has a new function coming to the “Dine on Campus” page called, “Shop on Campus,” which will allow the housing students to buy beverages and food in larger quantities online. McCormic said both the “Boost” and “Shop on Campus” will serve a big need on campus during this uncertain time.