Major departmental changes for music, theatre and dance occurred in 1992 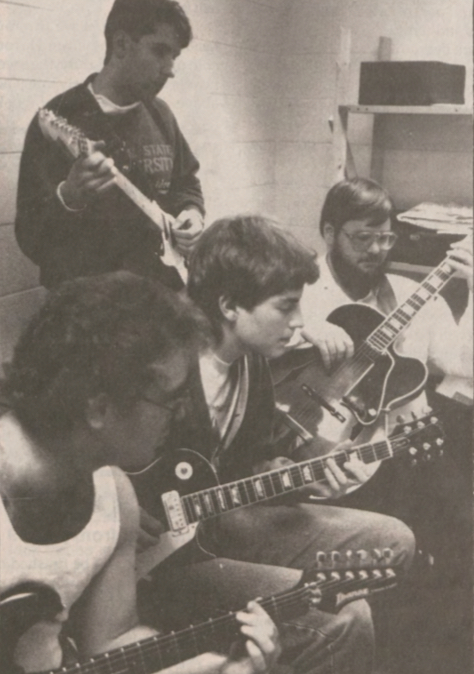 The changes resulted in a department of Music, Theatre and Dance. Approved by the Oakland University Board of Trustees, a new major was added to the existing bachelor of arts program in the College of Arts and Sciences.

Before the expansion of the department, OU’s only offered performing arts major was in music, despite the university’s history in theater and dance productions.

Karl Boelter, chairperson of the Music, Theatre and Dance department spoke about the cause of the change.

“[The change was made] in an effort to make use of the department as designed, we had experts in all three areas study, yet they weren’t being utilized,” he said.

OU had a long history in performing arts, but with this new addition, the department has more than just one major focused in one area.

Andrea Fischer, a board of trustees member, agreed that this addition was needed and has high hopes for the cultural opportunities, saying,

“I think it’s terrific,” she said. “Oakland is one of the primary cultural facilities in the state and we have such tremendous resources in this area that we should not ignore.”

The new major would follow a 24 credit interdisciplinary core and the student would then choose a specialization. Either dance or theater, worth 28 credits, or music theater — which is 30 credits.

Boelter said these requirements will help students “use all creative principles in each area, making them more well rounded. They’ll benefit because they’ll be exposed to all arts in general.”

The consensus was that the cancelations wouldn’t hurt the program or enrollment, and the trade off was worth it.

According to Boelter, there was no concern in enrollment — instead, he believed the new major would even attract more students over the next three years.

Boelter said that the changes are already apparent through “visible departmental increases, particularly in that major.”

The change came about after the College of Arts and Sciences (CAS), which the Music, Theatre and Dance department is housed under, reviewed the current major offerings. After years of research, the planning council CAS put together — which included experts from universities across the country — made a recommendation to add the new major.

The department and the planning council collaborated in the process, and together they focused on student need and utilizing the existing strengths within the faculty at OU. They also looked at how other universities were running their performing arts programs to see what OU could do better. Based on those attributes, they implemented the changes without adding cost to the university.

The department of Music, Theatre and Dance has expanded since 1992.

There are a multitude of majors and minors within the department, and other non-academic programs, including residences, ensembles, productions and more.

Within the theatre degree, there are three areas of concentrations — acting, musical theatre and theatre design and technology.

Studying abroad is also available to theatre and dance. Classical theatre study in Greece and contemporary dance in Germany are the two options.

During the COVID-19 pandemic, the School of Music, Theatre and Dance is offering a hybrid curriculum with small in-person classes and online classes.

First students need to be accepted to OU, then audition for the department. Every degree program within the department does require and audition to be admitted into the program.

If a student is interested in joining the department but unsure of their specialization — Be a Major for A Day is available. This allows students to observe a class or two, meet the department chair and observe a masterclass.

The audition dates for fall 2021 are in January, February and March. More information can be found on OU’s website.