My Reaction to the Loss of Chadwick Boseman 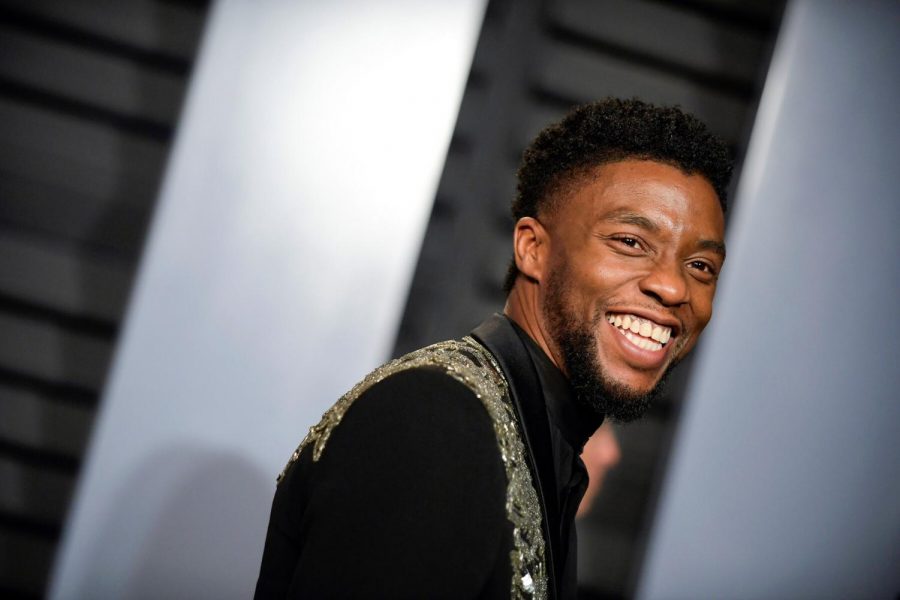 I cried when Chadwick Boseman died.

It was raw. It was real. At the moment, I didn’t understand why it was happening, but it happened.

Hunched over in a chair, holding a smartphone in my hands, I stared at the official death tweet until my tears started splashing off the screen.

Eventually, I put the cell phone down. I leaned back, closed my eyes and sat there until I was ready to accept some of the clarity of grief.

I’m not a big superhero fan, but a lot of my friends and family members are fans. For dozens of hours, I’ve endured the Disney reboot of the Marvel Universe. And I’m a cynic — in general, my thoughts on movies are a lot closer to Martin Scorsese than they are to somebody standing in line at the movie theater cosplaying their favorite Marvel character. But, as cynical as I am, it’s obvious the impact those movies have had on countless people.

Frankly, with the way media is consumed nowadays, it’s incredible that going to the movies is still an option. The ritual seems so archaic, but there’s something magical about being in a packed theater. We’ve all been there — crammed into those movie theater chairs, an almost overwhelming smell of buttered popcorn in the air, shoes noticeably sticking to the floor, people in the next row over being just a little too loud and irritation slowly bubbling up. Then it happens. The film on the screen grips you — it takes you out of your world. You’re sitting there covered in goosebumps. Inside you’re feeling something — those peaks in emotion stay with you.

Even with criticisms of the Disney’s Marvel movies, it’s undeniable that they’ve delivered a wealth of good moments to their audience. It’s why the Marvel series has packed theaters release after release. People connected with those movies, and Boseman was the face of the most impactful film in that series.

Black Panther was an absolute cultural phenomenon. As a viewing experience, it was unlike any blockbuster before it. The main characters were all Black. The costumes, the imagery and the plot all flipped preconceived notions about what works and doesn’t work in the film industry.

Spearheaded by two fantastic lead actors — Boseman and Michael B. Jordan — the movie was an enormous critical and financial success. It opened doors and shattered glass ceilings, and that matters. All the little kids in Black Panther Halloween costumes matter. People need hope and representation. They can’t realize their potential unless they believe in their ability to do so. Boseman’s work as Black Panther exemplified the best of us. The leadership, the compassion, the intelligence, the determination, the commitment to love and the motivation to care and fight for others. That all matters, and it brings me back to what I felt reading that tweet.

To be honest, it’s hard for me to say how much my tears had to do with losing Boseman specifically.

This year has been unimaginably awful. The fact that a week where the news cycle revolved around the atrocities in Kenosha, Wisconsin ended in the death of a Black hero just overwhelmed me. My tears Friday night were a release of months of grief culminating from what I see happening in the world.

Sometimes it feels hopeless. When I see news about mental health and young people contemplating suicide, I don’t have to ask myself why. I’m not immune to the despair that so many people are feeling during this pandemic. As terrible as the loss of Boseman is, I found myself reassured by our collective grieving process.

Boseman dedicated his talents toward roles that would mean something to his community. He did his best so other Black people could have a chance, selflessly going to great lengths to keep a cancer diagnosis private so that his personal struggles wouldn’t overshadow what his work meant to people. He was able to touch millions of lives, and that matters.

That kind of love and sacrifice endures. It should remind us that no matter how bad life may seem, we’re never helpless. Our words and our actions make a difference. The story of Boseman’s life should motivate us away from cynicism and apathy. It should be heralded as an example of how people can change their world for the better.

So, yeah — I cried when Chadwick Boseman died. I was confronted with the reality of the current state of the world, and it hurt. But that pain was a reminder of where we need to go and that getting there isn’t as impossible as it seems.

Boseman’s life reminded me that the better world so many of us want isn’t all that far away. That we can get there. That we can find a way.