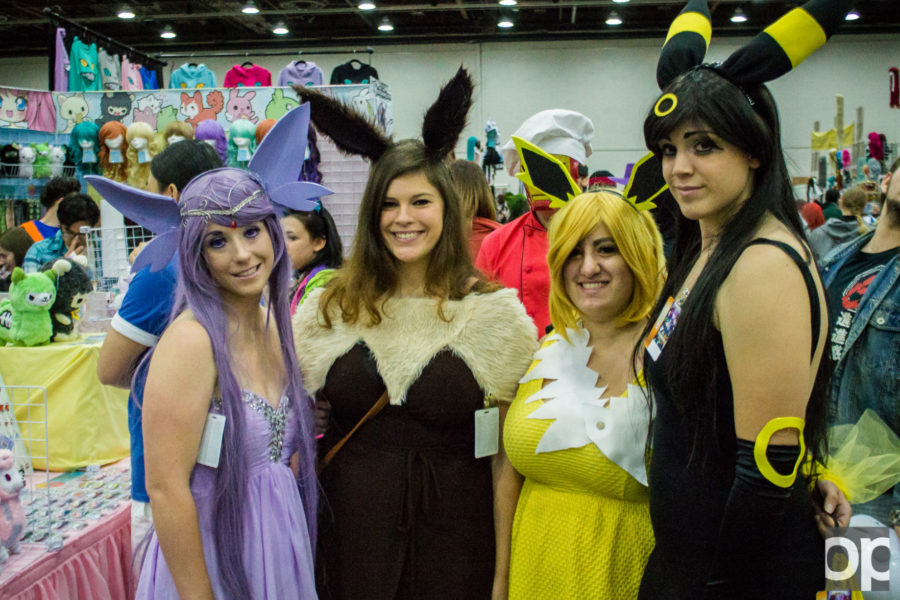 Oct. 31 through Nov. 2 marked the 10th anniversary of Detroit's own such convention, Youmacon ( “youma” means “demon” in Japanese). The festival celebrates all forms of Japanese culture.

Halloween is naturally associated with costumes. People dress up and have fun with friends, but it only lasts for a night.

For those who attend anime conventions, however, the fun of dress-up is year round, including right here in Detroit.

Oct. 31 through Nov. 2 marked the 10th anniversary of Detroit’s own such convention, Youmacon (“youma” means “demon” in Japanese). The festival celebrates all forms of Japanese culture.

Youmacon took place this year between The Renaissance Center and Cobo Center. It was bursting with fun and creativity — snack bars, 24/7 video game rooms, and best of all, passionate anime fans of all ages and origins.

“The events always have an element that relates to us fans,” said Oakland University student Adrienne Williams. “I love going to conventions because there’s always a new experience to be had.”

One of Youmacon’s many distinct features is its quirky panels. One was titled “How to Make Friends and Not Be a Creep.” Others included “How to Prepare a Bento Box” (a typical Japanese lunch) and “Your Favorite Anime Sucks,” where patrons paid tribute to the less-than-amazing aspects of their common passions.

For many, one of the highlights was the Friday night concert featuring Keiren Strange, Random Gibberish and Steam Powered Giraffe. Random Gibberish paid homage to the venue with its own song, “At Youmacon.”

Steam Powered Giraffe, one of the “bigger-ticket” guests at the convention, gave a performance that incorporated Steampunk-esque attire, acting and storytelling set to music that the band performed.

Such a blend of sound and imagery is a trademark of the music group, according to fans.

Isabella Bennett, or “The Rabbit” in Steam Powered Giraffe, spoke in a question and answer session about her position as a transgender performer.

“I’d be lying if I said there wasn’t people against it,” Bennett said. “It’s crazy and stupid, but I see a lot of comments on the social stream.”

Bennett said she felt that most people supported her as a person at the Youmacon performance and that they truly enjoyed the music her band made.

Hundreds of fans lined up to get signatures and pictures with the band over the course of the weekend. People in line referred to Rabbit as an “inspiration” and “awe-inspiring.”

Rabbit’s comments went along with Youmacon’s general openness to the Lesbian, Gay, Bisexual, Transgender and Queer (LGBTQ) community. This openness was displayed by other performers, fans and even vendors at the event, who sold pride-inspired scarves and other items.

Throughout the convention, costumed fans celebrated by putting on photoshoots and talking about favorite characters. Some people brought their entire families to join in on the fun.

More information on Youmacon can be found at youmacon.com. Similar conventions in the area include Midwest Media Expo in Detroit and Shutocon in Lansing this spring.