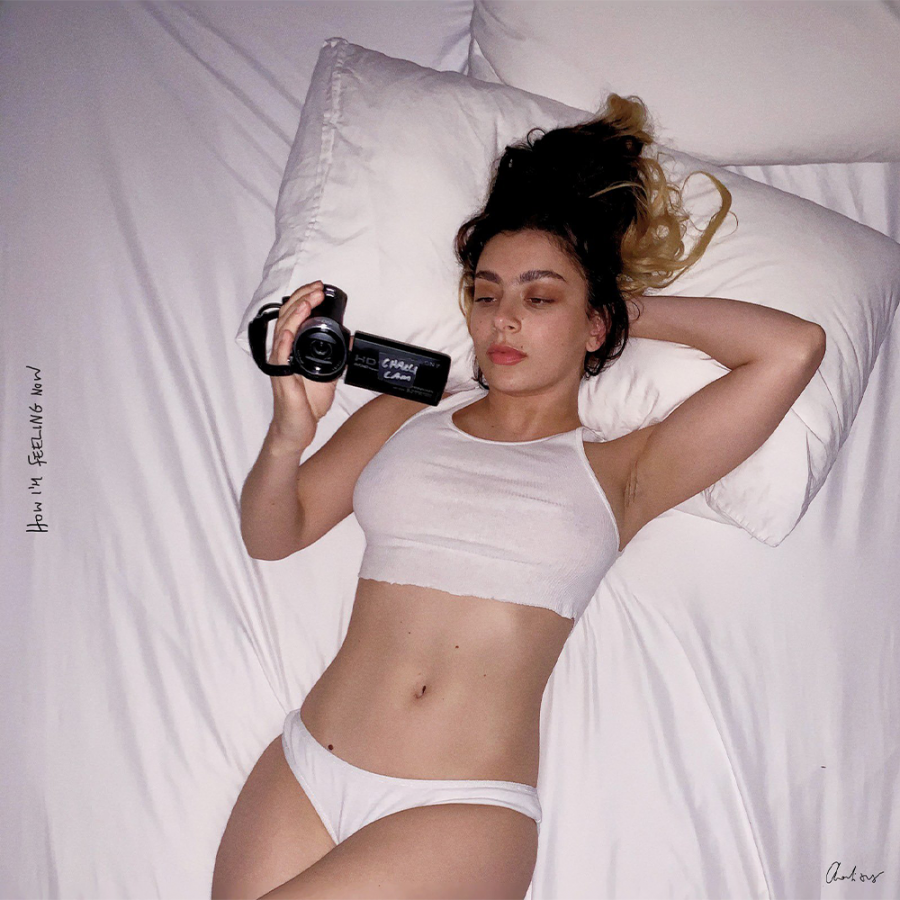 During a seemingly random zoom call with her fans in April, Charli XCX promised to begin working on a full length album fueled by her quarantine boredom — 39 days later, she delivered.

“how i’m feeling now” dropped Friday, May 15 and has become the perfect quarantine album. Detailing both the moments of isolation and togetherness we have all been feeling as of late, Charli fully harnessed the range of emotions she experienced over the last month and delivered them beautifully in her music.

While it is a quarantine album, “how i’m feeling now,” stripped to its bare bones, is about love. Each song displays a different aspect of a relationship, from pining over a crush to insecurities of being “good enough” for your partner to the comfort in finding a longtime love.

While the songs could be listened to individually, they work better together as they weave this narrative of emotion. Charli does well to make each song so worth listening to without sacrificing the cohesive themes — both conceptually and musically — of the album.

The album has purposeful transitions from track to track, making it key to listen in order. Personally, I adore albums that do this — it shows the care and craft of the artist. Each song has a killer beginning and ending, maintaining the flow from minute one to minute 37.

Beginning with “pink diamond,” Charli pushes the deeply distorted and techno style she’s known for to the brink. She sets the tone for the following 10 tracks by clashing a malicious, mechanical beat with pretty lyrics. The most unlike any of her other songs, “pink diamond” is an iconic opener to this album.

The rest of the album falls back into the pop genre she’s known for without losing her unique style. Throughout all 11 tracks, Charli falls back on a repetitive set of words or phrases distorted past their true meaning, blending lyrics with the beat to make a new sound. The consistent motifs and style make each song work better together, rather than stand-alone pieces.

“claws” stands out as a song that so accurately describes how it feels to have a new crush. The beat, the effects, the lyrics, the flow — all of it reaches right inside the listener and reads their emotions. It made me feel like I was 15 and mooning after some kid across the classroom.

The best song — though hard to choose — was “detonate.” Listening to this song instantly made me think I was going for a joyride on Rainbow Road from “Mario Kart: Double Dash” (the GameCube version from 2003). It stands out against the other tracks with its simpler beat, allowing the lyrics to sink in more on the first listen.

Charli does a callback to “Click” featuring Kim Petras and Tommy Cash from her previous self-titled album with “c2.0.” Fans were able to make the connection between the two, as “c2.0” serves almost as a sequel where Charli longs for the clique she sings about in the original. She plays on the easter egg moment while also expressing the longing for friends that happens in isolation.

The second-to-last track “anthems” feels the most like a traditional Charli XCX song, and it lives up to its name as a true quarantine anthem. She so accurately describes the restlessness I know I have been feeling while stuck at home, singing “I just wanna go to parties/ Up high, wanna feel the heat from all the bodies.” Me too, Charli.

The final track “visions” serves as a stellar conclusion to “how i’m feeling now.” The upbeat dance song gives off major clubbing vibes, allowing the listener to be transported to the party Charli wished for in previous tracks.

“how i’m feeling now” is the perfect example of the quarantine content fans have been longing for — real, raw and relatable. In a time when facts, numbers and fears consume us, humans are turning to the thing that gives us comfort — art. Charli XCX delivers this comfort by reminding us of the things worth staying inside for.