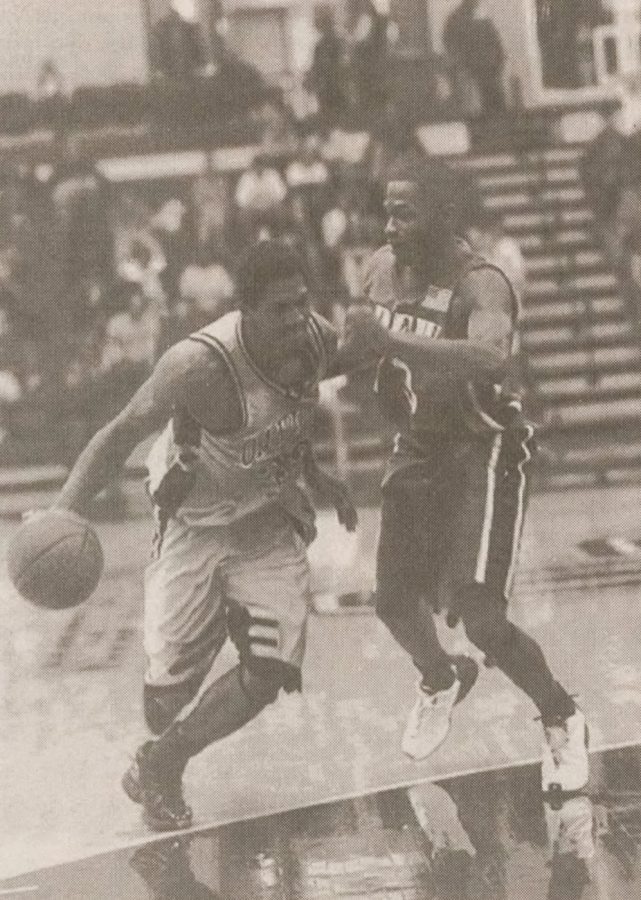 Junior Mike Helms was selected by the AP as an honorable mention All-American after ending his season with the third highest points per game in the country and shattering Oakland University records.

Helms averaged 26.9 points per game by the end of his season and held the nation’s highest scoring average for a three-week time period mid-season. He ended the year with a total of 752 points, easily becoming OU’s highest point scorer in the program’s history.

Head Coach Greg Kampe was filled with pride after hearing the news.

“I couldn’t believe it,” Kampe said. “It’s great for Mike because it’ll be something he’ll have all his life. You don’t just become an AP All-American.”

New to Division I, the Golden Grizzlies had worked to improve their basketball program since moving up from Division II in 1998.

“Teams like North Carolina, Duke and Michigan State — they get All-Americans. For OU to have one in just our fifth year in Division I, it’s an amazing feat,” Kampe said. “This is one of the reasons we joined Division I, to gain not only regional — but also national notoriety and respectability.”

Already preparing for his senior season, Helms’ All-American status set him up to be a contender for the Naismith Award, which was given to college basketball’s best player under 6 feet tall.

Kampe believed the team’s winning record aided the AP’s pick, seeing as Helm’s conference rival, Michael Watson of the University of Missouri-Kansas City, was passed over despite being another top scorer in the nation.

The award was a source of achievement for not only Helms, but for the team as a whole.

“At our stage of development, it is as much an award for OU as it is for Mike,” Kampe said. “For the school, it’s great, because it’s the AP, not some magazine writer nobody’s heard of or cares about. The AP awards are the most prestigious.”

The Golden Grizzlies were still a young team in a smaller conference at the time, so Kampe was proud of Helms for bringing OU into the spotlight.

“Some schools go 80 years without having an All-American, and very few players at the mid-major level are recognized [with the honor],” Kampe said. “Being so new to Division I, it’s easy to fall under the radar. There are no words to describe what this does for the university’s national profile.”