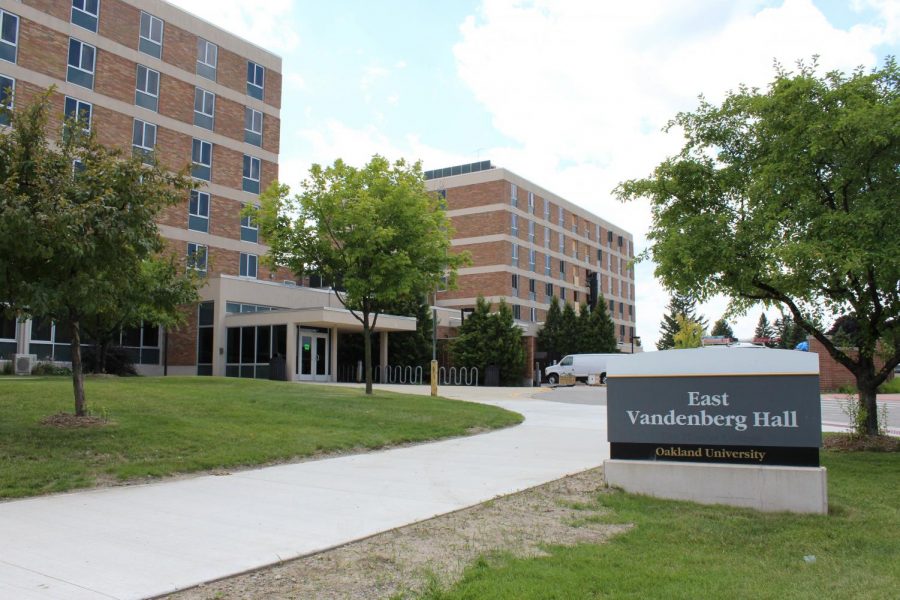 All housing residents are expected to be fully moved out of their dorms or apartments by no later than 5 p.m. Wednesday, March 25. According to the Macomb Daily, the closure of all on-campus living facilities is expected to impact approximately 2,100 students who elected to stay following the suspension of online classes for the remainder of the semester.

“Due to the executive order that was issued by Gov. Whitmer this morning, it was determined that the campus should close for non-essential personnel only, which includes residents,” said Associate Dean of Students and Deputy Title IX Coordinator Jessie Hurse.

However, according to an email communication sent to residents Monday, March 23, “students who are able to demonstrate an exceptional need to stay on campus past the stated closure date may be granted permission to do so at the discretion of Oakland University.”

Students who would like to stay on campus must submit an exception to stay form by 5 p.m. Tuesday, March 24. The submissions will be reviewed by a committee that will determine if each individual student meets one or more of the necessary criteria and notify them of its final decision via email.

Students who may qualify to stay on campus include international students, out-of-state students, students who do not have a home to return to, students with personal health risks and students with a Disability Support Services-approved accommodation due to physical limitation. Students who fear they will not be able to move out in the short timeframe given should also submit an exception to stay form.

The amount of time students are approved to stay will vary based on individual circumstances. Any students that stay on campus will be expected to follow the guidelines established in Whitmer’s executive order.

“I’m quite sure that Housing will establish — if they haven’t already — the guidelines for students who will remain,” Hurse said. “I anticipate that those guidelines will be similar to what currently exists when students are allowed exceptions during a break period, [such as] Thanksgiving break or the most recent spring break we had. I anticipate that they will have those procedures in place, but … we expect students to abide by the governor’s executive order mandate.”

Last week, University Housing Director Jim Zentmeyer told The Oakland Post in an exclusive interview that he did not foresee any situation in which students would be forcibly removed from campus, but that plans were in place should such circumstances arise.

“We just want to make sure all those bases are covered,” he said. “We already know that, in such a situation, we would come across students who would have no home to go to, have no country to go to, go into a situation that would be significantly distressful, to say the least … and we have, in our contingencies, an opportunity for a request with regard to extenuating circumstances. We would review those on a case-by-case basis, and keep, as being the priority, the safety of the individual and the safety of the campus community.”

Previously, it was reported that, if a resident decided to leave campus, Housing would determine the number of days the student was in possession of the key to their dorm room or apartment and pro-rate those charges back to the student as long as they didn’t owe a balance with Student Financial Services. According to Hurse, this is still the case.

“The same rules will apply from the email that went out last week,” he said. “I don’t believe that students will be charged any fees for breaking the contract. Depending on the date that you officially move, you will receive a pro-rated refund.”

Checkout and room preparation guidelines have been outlined in the aforementioned email addressed to current residents.

The Oakland University Police Department will close one lane of Meadow Brook Road between West Oakland Drive and Ravine Drive from 8 a.m.-5 p.m. on Tuesday, March 24 and Wednesday, March 25 to accommodate students as they depart campus.