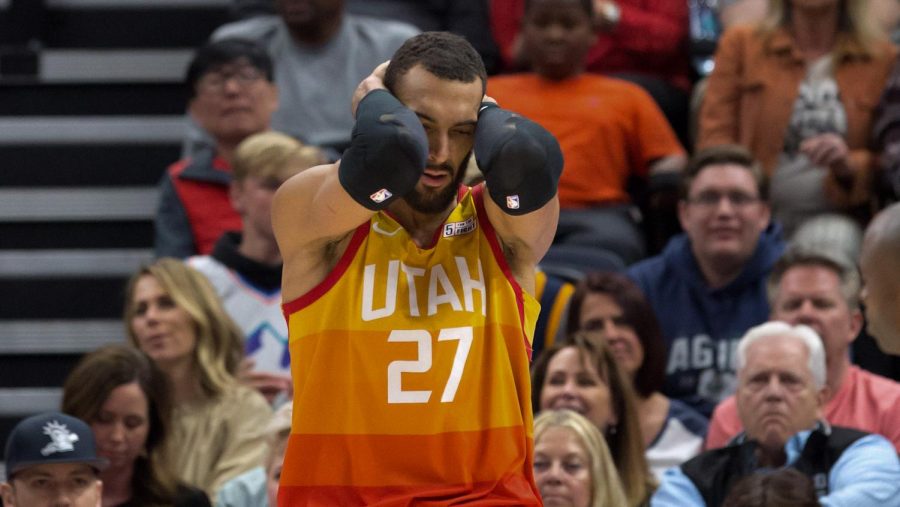 Utah Jazz center Rudy Gobert kicked off the sports world's mass postponing of games when he tested positive for coronavirus.

The COVID-19 outbreak canceled numerous sporting events across the United States and the world. Reported cases in the U.S. began to rise, and professional sports leagues followed suit.

The National Basketball Association (NBA) was one of the first leagues to suspend play after Utah Jazz center Rudy Gobert tested positive for COVID-19. His teammate, Donovan Mitchell, also tested positive the next day.

After Gobert tested positive, the NBA canceled all games, suspending the season for at least 30 days. The college basketball world followed shortly after.

The National Collegiate Athletics Association (NCAA) canceled all spring sports, including canceling the annual March Madness tournaments on both the men’s and women’s sides.

“Today, NCAA President Mark Emmert and the Board of Governors canceled the Division I men’s and women’s 2020 basketball tournaments, as well as all remaining winter and spring NCAA championships,” The NCAA said in a statement. “This decision is based on the evolving COVID-19 public health threat, our ability to ensure the events do not contribute to spread of the pandemic, and the impracticality of hosting such events at any time during this academic year given ongoing decisions by other entities.”

The National Hockey League (NHL) also suspended its season. The league decided it wasn’t right to hold events in stadiums that NBA teams also use after Gobert’s diagnosis.

For the MLB, spring training was canceled. The Professional Golf Association (PGA) Tour postponed the Masters as well, one of professional golf’s most famous tournaments.

There is no known timetable for when any professional or collegiate sports will return. The suspension being removed depends on how the outbreak is handled in the U.S.

NBA commissioner Adam Silver believes that the NBA will be able to finish their season, according to CBS Sports.

Despite optimism of finishing the season, NBA owners expect there to be a near three-month hiatus from pro basketball, according to ESPN.

For the NCAA, March Madness and the conference tournaments are canceled — not postponed — so college basketball fans will be without the annual tournaments in 2020.

As the COVID-19 outbreak continues to grow in the U.S., the sports world is hit hard with more events being canceled every week. The nature of sports requires many people in close contact, so with COVID-19 fears, the sports world remains shut down until the outlook improves.