Former Rockette leads as a professor for dance classes 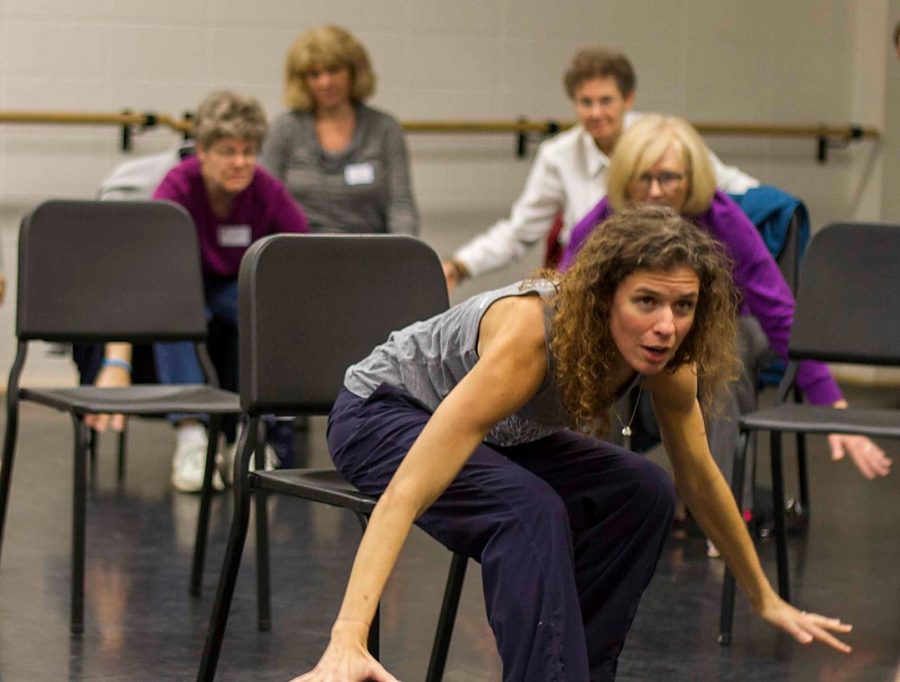 From Rockette to Rochester, Ali Woerner has seen big stages and theaters, bringing her experiences to the students at Oakland University.

Woerner is an associate dance professor at OU and is a co-director for the professional dance group Take Root. However, her journey to OU started before she became a professor.

Woerner’s parents were big supporters of art, so she was always surrounded by music and art growing up. Though very little of the art she grew up with was dance, she gravitated more toward movement, thus leading her to it.

“I started dancing, and I just really liked creating stories through movement,” Woerner said. “I found that fascinating and interesting that you can have a voice through making stories.”

She received her Bachelor of Performing Arts from Oklahoma City University and her Master of Fine Arts through the University of Michigan in choreography and performance. Almost right out of college, she was hired as a Rockette and spent around seven years with the company.

Later in her career, a colleague and friend, Gregory Patterson, told her about an opening at OU. Woerner, who grew up in Rochester, took the job and has been with the university for 11 years.

During her time at OU, Woerner has co-founded Take Root with Thayer Jonutz.

“It’s a journey that isn’t just a dance experience, it is a full art experience in the most creative sense of the word,” Woerner said.

The group was formed in 2013 after collaborations between Woerner and Jonutz reached the public eye. After it caught wind throughout the community, they decided to hold concerts for those who wanted to watch.

Woerner said she enjoys seeing how the ideas the group has turn into moves and eventually into a whole routine.

Take Root also does outreach in the Rochester community by helping and teaching others to dance. One of the outreach groups created through Take Root is Dance for Parkinson’s Disease, a class held every week so that people with Parkinson’s are able to move around and have fun.

According to Woerner, a longtime friend of her parents has lived with the disease for 20 years and was a big inspiration for the program through Take Root. One day, he decided to take a Dance for Parkinson’s class and enjoyed it so much that he called Woerner up to tell her she should do something similar. After going through the proper training, she was able to create her own class.

“The more that they’re moving, the better they’re going to be,” Woerner said. “This is getting them out of the house, this is bringing them to a place where there’s good music. It really is a fun place.”

According to Woerner, it’s a very supportive place and offers something for everyone involved.

Though she has seen many highs throughout her career, Woerner remembers the struggles of being a “starving artist.” However, she never doubted that dance was what she wanted to do.