Lighting a room with ‘an unforgettable smile’: Remembering Chandler Swink 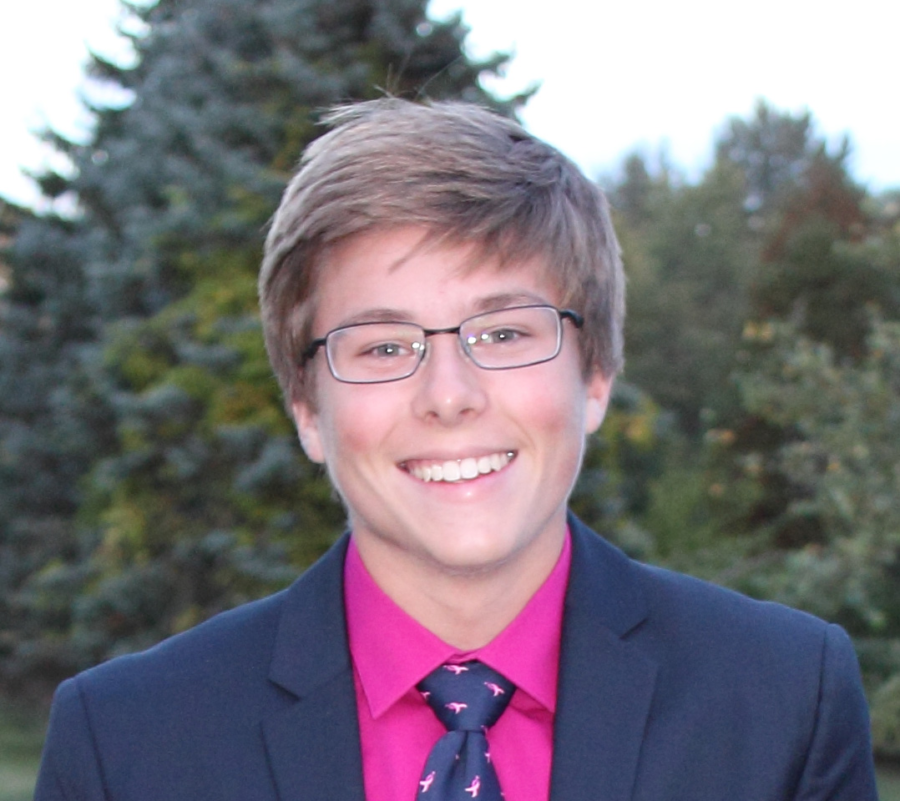 Swink, left, with friend Julia Douglas. "No matter the time or where he was, he would come to my side," she said.

Swink, left, with friend Julia Douglas. "No matter the time or where he was, he would come to my side," she said.

Chandler Swink of Auburn Hills, an Oakland University sophomore, Huntington Ford scholar and aspiring nursing student died Wednesday night after a week in an allergy-induced coma. He was 19.

“He never had a negative thing to say about anybody,” said his mother, Nancy Swink. “He was the light of our eyes. His smile would light up the room.”

Chandler, diagnosed with a level six severe nut allergy since age two, was in a coma in intensive care at St. Joseph Mercy Hospital in Pontiac from Tuesday, Nov. 18 to Wednesday, Nov. 26 after suffering a severe allergic reaction.

“My son had his first reaction to Reese’s Pieces when he was two,” said Nancy. “He went into anaphylaxis, so after that we knew we had to be more careful. When he started school [in Avondale] we met with the superintendent and his allergist and they made the school district peanut-free.”

“He was always labeled as the peanut-free kid,” she said. “But Chan always had a smile on his face. He never let that get to him.”

In fact, it may be the smile on his face for which Chandler Swink will be remembered most by his friends, family, and classmates.

“Chandler and I had one of the most dreaded classes together — an 8 a.m. chemistry class,” recalled sophomore Raneem Alayoubi. “Out of the 100 students in that class, Chandler recognized me in the library and asked how my day was with an unforgettable smile. I never met anyone so outgoing and carefree.”

“I looked up to him like a brother,” Brown said. “He had an amazing heart. I would always see him in the halls at school and I would talk to him; we always used to do the ‘bro handshake’ thing. He made me feel lucky to be his friend.”

Chandler, an Avondale High School graduate, was the 2013 recipient of the Oakland University Huntington Ford Scholarship, a four-year full-tuition scholarship available to an incoming OU freshman from one of the four Rochester area high schools. It is awarded on the basis of “good citizenship… financial need, a passion for a particular subject matter or extracurricular activity and a minimum 3.30 GPA,” according to Oakland’s website.

He planned to go into nursing, a decision his mother said he made after spending hours in the hospital after his father’s September kidney transplant.

Outside of school, Chandler worked at the Auburn Hills Marriott Pontiac at Centerpoint and loved to spend time working on his car — a royal blue 2004 Saturn Ion Red Line — and doing “anything outdoors,” according to his mother, including hunting, fishing and going up north with his cousins.

“We have been hunting buddies since age four,” said Chandler’s cousin, Mike. “We miss him so much.”

After midnight on Tuesday, Nov. 18, Chandler was at a friend’s OU apartment when he came in contact with peanut residue. As he began to react, Chandler went to his car to inject himself with an EpiPen and drove himself to the hospital.

“St. Joseph Mercy Oakland is saddened by the passing of Chandler Swink.  The thoughts and prayers of our entire staff are with the Swink family as they grieve the loss of their loved one.  Hospital officials have met with Chandler’s family and discussed recommendations regarding hospital signage.  This is an ongoing effort and we will continue to evaluate signage and make improvements as needed.  Again, we offer our condolences and full support to the Swink family during this difficult time.”

Chandler was then without brain activity and hooked to a machine for oxygen until Wednesday, Nov. 26.

Mitch Yencha, a friend of the Swink family, started a fundraiser to help pay for Chandler’s medical expenses.

“It is so humbling, the amount of people from the community who have donated to that fund, wide and far,” said Nancy. “We definitely are going to try to do something to educate people about allergies [after paying the medical bills].”

Since last week, the story has garnered national attention, drawing a greater awareness to food allergy severity in the U.S.

“If you knew Chan, you would totally understand,” Nancy said. “He’s just a little person in the U.S. who has blown this story up.

A service was held for Chandler at St. Thomas More on Monday, Dec. 3.

Students will hold a candlelight vigil Thursday, Dec. 4 at 7 p.m. at the Elliott Tower.

Candles will be provided and those with memories of Chandler may speak.  Contact [email protected] for more information.

All condolences may be sent to http://www.gofundme.com/hpczrc.