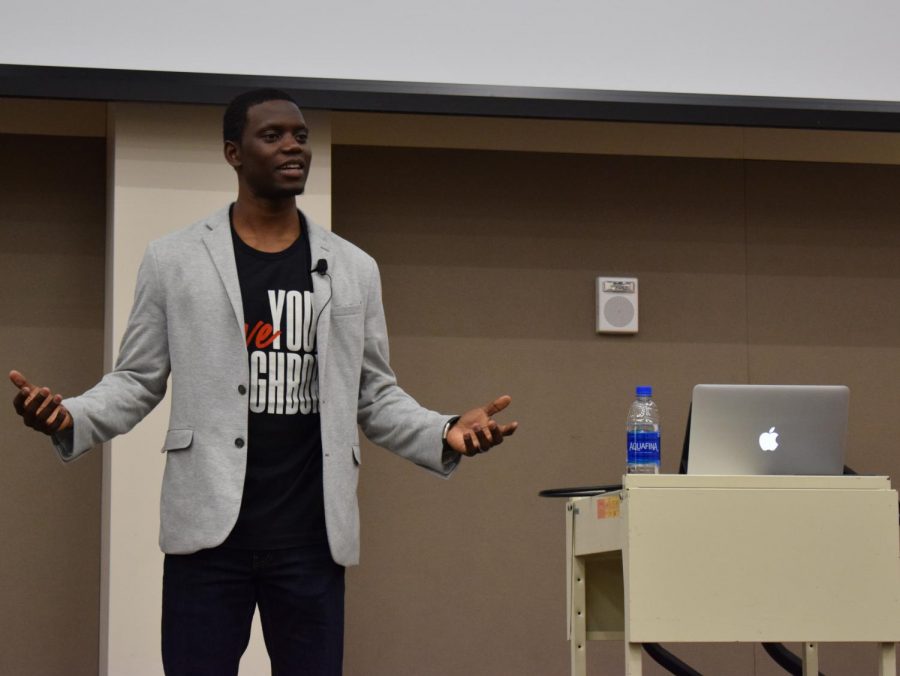 After an unthinkable tragedy, a former professional baseball player decided to share his story to teach people to see others by the content of their character instead of by the color of their skin.

According to CNN, Dylann Roof, the white supremacist who committed the shooting, confessed he had wanted to start a race war. His actions had the opposite effect.

Just 24 hours after the shooting, Singleton shocked the nation by forgiving the man who took his mother’s life.

“Love is always stronger than hate,’’ he said on the day after the shooting. “If we just love the way my mom would, then the hate won’t be nearly as strong as the love is.”

Now, Singleton travels around the nation telling his story, spreading the message that love is stronger than hate. He has presented at 54 organizations in the year 2019 alone and has been featured on ESPN’s E60, Sports Illustrated Magazine, CNN and the Today Show. On Monday, Jan. 27, he brought his story to Oakland University.

Singleton started his speech by stating the five numbers for why he is so passionate and motivated to travel and bring his story around the nation — 1, 70, 50, 9, 1.

“One person that didn’t look like me was misinformed and misled to hate people that look like me. So, what he did was he walked in my church and fired 70+ bullets,” he said. “50+ of those bullets entered bodies in my church while people were holding hands and praying. He took nine lives. One of those lives was my mom, Sharonda Ann Coleman Singleton.”

According to Singleton, in order to drive out the hatred, people have to teach others with love.

Singleton said, though the hug may seem dumb to some people, it could potentially save a life. He recalled how the first white person who ever told him they loved him was his high school basketball coach. He said he wants others to hear those words from someone who doesn’t look like them.

“I’m crazy enough to think that, maybe if I would have been his friend, then he wouldn’t have done what he did to my mom and eight other people,” he said.

Singleton used a Charles R. Swindoll quote during his speech: “Life is 10% what happens to you and 90% how you react to it.” He said there are things in life people can’t choose or control, like certain events, their parents and hometowns. That’s the 10% in someone’s life. The 90% is how they move forward, despite the things they may have happened to them.

“My 10 is my mom being murdered because she was black,” he said. “Somebody was misinformed to hate my mom so much that he took her life. My 90 is reminding everybody that nobody chooses their skin color. I would never hate you for yours and you should never hate me for mine.”

“Hearing his story and just how he went through this life event and still managed to stay so positive and still be able to keep on going, even though the odds were stacked against him,” she said. “It was crazy.”

Three years ago, Singleton created the “Love Your Neighbor” brand to continue spreading his message of love and unity even when he wasn’t able to give his speeches.

Singleton said if people want to contact him about visiting their city, they can visit his website.