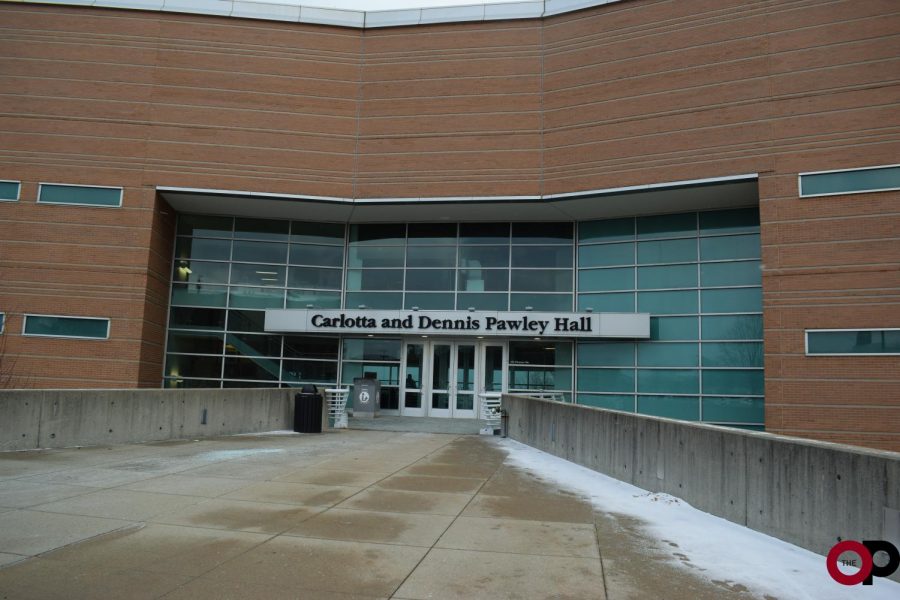 From mid-December to early January, three burglaries have occurred in Pawley Hall.

Three burglaries have been reported at Pawley Hall, starting in mid-December and continuing into early January. The Oakland University Police Department (OUPD) is actively investigating the situation, and a timely warning is posted on the building’s entrances.

“Part of what we hope generates more information are these timely warnings, so people are aware of [the crimes], and they can share information with us,” OUPD Chief of Police Mark Gordon said. “We have had a couple of pieces of information sent to us since we put this out.”

No details have been released about the suspects so far.

Leigh Dzwik, assistant dean of the School of Education and Human Services, first learned of the burglaries when she returned for the winter 2020 semester on Monday, Jan. 6.

“The university was open on the second and third for business, and some of those activities had transpired during those days, but I was coming back a little bit later,” Dzwik said. “One of my staff members Ryan Ghedotte informed me. Those concerns had come to him, and he had been working with our associate dean, Michael MacDonald.”

After learning the details from Ghedotte, Dzwik turned to MacDonald to figure out what had already been done regarding reporting the burglaries to OUPD. The police were not yet contacted, so the Pawley Hall staff took the time to get everyone needed for the police report into one place.

Dzwik said she has been impressed by the way OUPD has handled the case.

“They are nothing less than wonderful, in my experience,” she said. “Not only have they been prompt, they are kind and they are compassionate people.”

Along with the routine procedures of an active investigation such as collecting testimonies and reviewing security cameras, Gordon said walkthrough patrols gave increased through Pawley Hall.

Burglaries are one of the most common crimes at OU. According to the OUPD’s most recent security and fire report, 33 reported burglaries took place at on-campus properties and in student housing from 2016 to 2018. Of those 33, four happened in 2018.

“Our campus crime rate is extremely low,” Gordon said. “The university is a very safe environment, and Pawley Hall — based on my experience … is not any different from any part of campus.”

Despite the low crime rate, the faculty and staff of Pawley Hall have had their workplace targeted and their sense of security uprooted.

“When you are a faculty, staff or student member that spends a lot of time in the building, you begin to call this building home,” Dzwik said. “You forget that it is a public one, so you become comfortable. Being notified [of crimes] changes the idea of comfort.”

Even with the sense of comfort being impacted, there have been no official changes to security procedures at Pawley Hall.

“In the places where the thefts occurred, the regular security protocols are rather robust anyway,” Dzwik said. “I think it is a case of people becoming comfortable with their surroundings and they do not put things away … People get comfortable, and now they have to think differently about how they use their workplace and work spaces.”

In order to protect personal belongings, Gordon recommends faculty members lock their office doors and keep personal belongings out of sight when away. Students should avoid leaving anything unattended in common spaces and in classrooms.

Anyone with information relating to the Pawley Hall burglaries encouraged contact OUPD at (248) 370-3331.