Senior named swimmer of the week 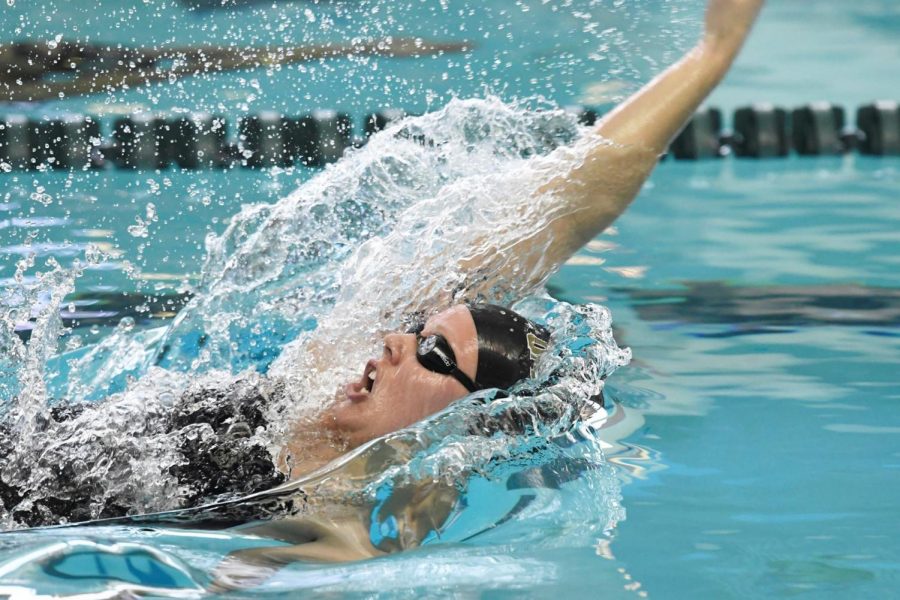 Katie Colwell was recently named Horizon League Swimmer of the Week, making her the fourth Oakland woman to win the award in the last five weeks.

Swimmer of the Week is not the only accolade Colwell has earned. She has also earned the “champion” title in the 50 and 100 freestyle in last year’s Horizons along with a few other titles in her time here.

“My big goal for this year is to win all my events at conference. I know last year I won the 50 and 100 freestyle,” she said. “So for this year it would definitely be cool to have a repeat.”

Colwell not only has goals for herself, but also for the Golden Grizzlies. After following the year of winning the 41st Horizon Leagues, Colwell and the team are looking to accomplish this year’s goals.

“Our team goal is to win the conference, but also bring a lot of people to the NICs. We went last year, which was our first year and it was really fun,” Colwell added. “So as a team, getting to these postseason meets, and it would also be cool to make it to NCAAs — which is always our goal.”

Colwell said the Golden Grizzlies Swim and Dive team have always supported her from the very beginning.

“I definitely could have not been where I am without them. I know swimming seems like an individual sport, but we would not be where we are without each other,” the senior said. “When you’re racing, you can hear people cheering and see them and it makes such a huge difference, especially in those longer events.”

With a successful high school career becoming a state champion, Colwell felt a strong connection with Oakland right away, she said.

“The call with Oakland is the one I remember most. I got a call from Andre, my coach,” Colwell said. “We were talking about filming because that’s what I wanted to do, and I just remember it was such a lively conversation that wasn’t just fully asking me about my times.”

Colwell has her own routine that she follows before every meet, along with the team also having a special routine.

“I always listen to music, that’s really big, and at really big meets, we walk out if you’re in the final heat,” she said. “So, I’m always listening to music having my warmups on before, and then just getting pumped.”

As Colwell winds down in her senior year, she has made memories that she will keep forever and cherish.

“There’s so many memories, but one of the best things was when I was a sophomore and there was a girl named Holly Morren, she holds a bunch of the records here and we won the 50 and 100 free together,” she said. “It was super cool doing that together and everything and scoring those points for Oakland.”

Colwell and the Golden Grizzlies return to competition on the road in Akron at the Zippy Invitational on Dec. 5-7.