Freddie Mercury’s ‘Never Boring’ lives up to the name 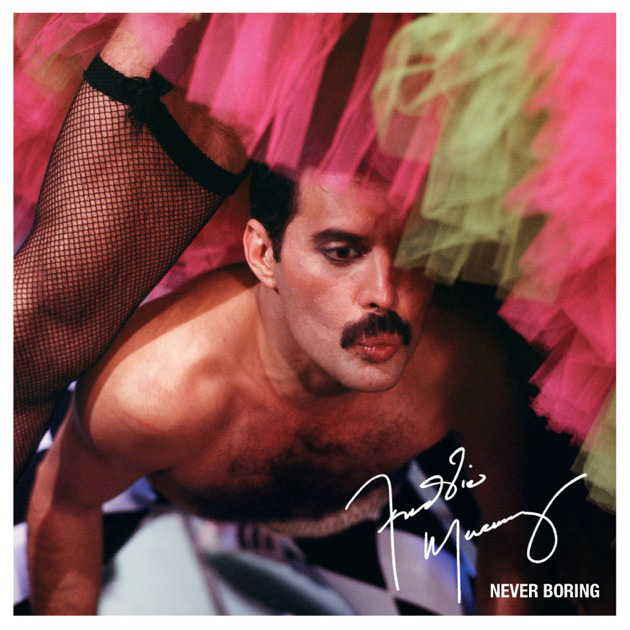 “You can do anything with my work, but never make me boring.” — Freddie Mercury

Nostalgia spiked in the hearts of Queen fans this week with the drop of the late Freddie Mercury’s solo album “Never Boring” on Oct. 11. The album and accompanying box set chronicle the best hits of Mercury’s solo career. Queen’s longtime sound team Justin Shirley-Smith, Kris Fredriksson and Joshua J. Macrae, who also put together the “Bohemian Rhapsody” soundtrack, curated and remixed the album. With 12 tracks, Mercury’s album hits all the right places and is truly never boring.

Mercury passed in November 1991 at age 45, but the memory of the little man with the big voice has lived on. From his thin mustache and tight clothes to his torrid love affairs, nothing — not even death — has stopped the king of Queen.

Queen’s iconic music is forever loved by many. From cheering “We Will Rock You” at football games to dancing to “I Want to Break Free” at Pride parades, people from all walks of life can find a Queen song to enjoy. Mercury made Queen what it is, and while his solo career isn’t as celebrated as the band’s, it is still just as legendary.

The album opens with “The Great Pretender,” a 1955 song originally by The Platters that was recorded by Mercury in 1987. The heartbreaking ballad sets the tone for the album with Mercury’s intense runs and impressive range.

What sets this album apart from the traditional rock of Queen, and what ultimately sets Mercury apart from the rest, is how different his music is. Exploring duets with opera partner Montserrat Caballe, most notably on “Barcelona,” Mercury stepped outside the box and broke down expectations. On “Never Boring,” “Barcelona” has been remixed with the backing of a full orchestra, which adds to the drama of the song.

Where this album falls short is in the modernization of some of the tracks to fit today’s music trends. Specifically in “Living on My Own,” originally released in 1985, Mercury’s voice sounds torn up and layered on top of a techno beat, taking away from the raw talent that Mr. Bad Guy was known for.

The best track has got to be “Love Kills.” Listeners experience the range of Mercury’s voice from quiet verses to booming choruses. Opening with a fresh beat, Mercury fails to disappoint with the intensity of his vocals. His first solo record, “Love Kills” is exactly the kind of song that fans want to listen to when they look for Mercury’s music.

“I Was Born to Love You” comes in a close second on this album for this music critic. Capturing the human experience of being in that new, special kind of love, Mercury again satiates the soul with his endlessly powerful vocals. The emotions behind this song are the kind that everyone dreams of one day sharing with someone special.

Closing with the all-powerful “Made in Heaven,” the late Mercury tugs at the heartstrings of listeners. Bringing tears to the eye, this song is the perfect ending to a beautifully compiled album to honor him.

While it is saddening to remember that we will never get a new song by the “Bohemian Rhapsody” singer, the release of this album warms the hearts of many. As he belts in “Made in Heaven,” I, too, “wish it could last forever.”