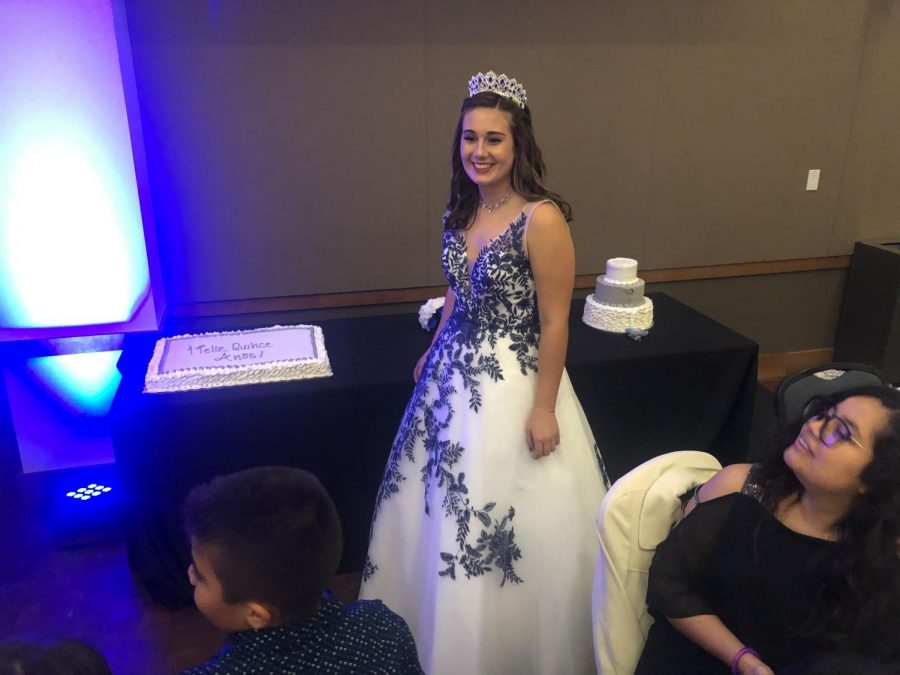 Madelin Burnau celebrates her Quinceañera at Oakland on Friday, Sept. 27.

In addition to many other activities and events, the Center for Multicultural Initiatives (CMI) at Oakland University hosted a Quinceañera, sponsored by the OU Credit Union, to celebrate the histories, cultures and contributions of Hispanics.

Quinceañera is a common form of celebration of a girl’s 15th birthday in Hispanic countries, marking her passage from girlhood to womanhood. This celebration is important to many Hispanics who believe a girl, after Quinceañera, can find a good path to become a better person.

Jean Ann Miller, senior director of the Office for Student Involvement (OSI), also serves as a member of the Hispanic Heritage Month Committee.

“Well, this is our second year but we have done it in the past as well,” Miller said. “This is a very big celebration of the life of a young woman from Hispanic background. And that’s what we are doing, celebrating the Hispanic culture this way. And everyone at Oakland University is invited to attend.”

National Hispanic Heritage Month is a national recognition of the culture, contributions and heritage of Hispanic Americans whose ancestors came from Spain, Mexico, the Caribbean, and Central and South America. The celebration is held from Sept. 15-Oct. 15, as many Hispanic countries celebrate their independence days in September.

The Quinceañera guest of honor was Madelin Burnau, the niece of Yoel Joa, assistant director for residence life. Burnau is of Cuban descent, as both of her parents were born there.

“I chose to have my Quinceañera here because my aunt and uncle both work here, and my aunt used to work for the cultural department,” Burnau said. “And when she told me about this event, I thought it was a perfect opportunity for me because I’ve always wanted to have my own Quinceañera.”

OU has hosted such events for Hispanics for only two years, but it is already becoming a tradition at OU, according to Miller. She also mentioned that last year’s Quinceañera during Hispanic Heritage Month was one of the biggest reasons the school could rehost the event.

For Burnau’s Quinceañera, many of her relatives and OU students came in to celebrate her upcoming birthday in January.

The ceremony included the introduction of the Court of Honor, a father-daughter dance, choreographed dance, girls’ dance to “Dancing Queen,” presentation of the Last Doll and many other traditional ceremonies, such as the changing of the shoes.

Burnau also mentioned how she was feeling about her party before it started.

Along with the Quinceañera, Miller and the OSI have been planning many other events, such as a film feature and book club discussion to allow students to better understand and embrace the culture of Hispanic countries.

“So, we’re very much in recognition of the diversity of students that go to school here, faculty and staff,” Miller said. “We really pay attention to other traditions and other big celebrations in students’ culture that is not just all American.”

For more information about the Hispanic Heritage Month or relevant events, visit the CMI celebration page.