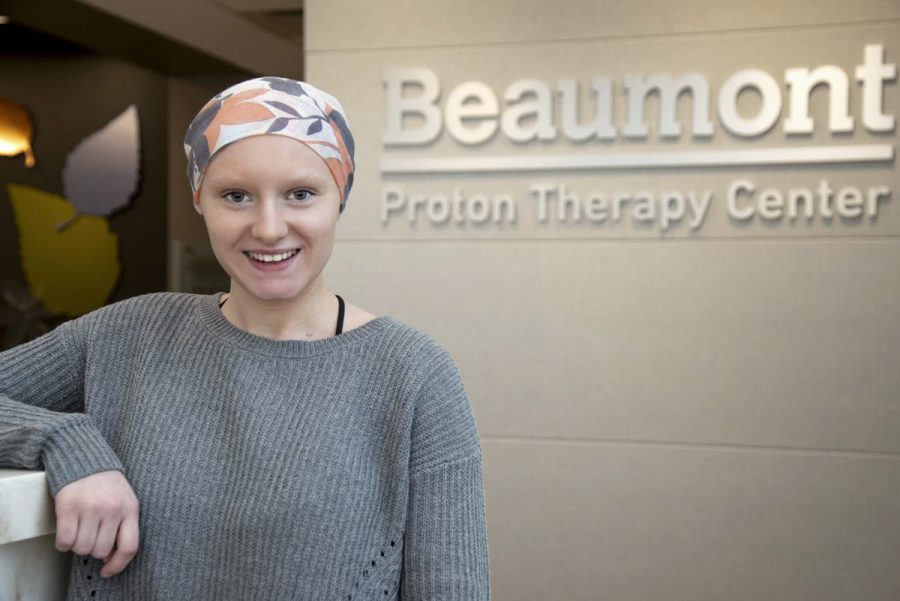 After being diagnosed with brain cancer in May 2018, Megan Ritz is now in remission and returning to campus to continue her education.

The last thing a student might expect from their freshman year in college is a cancer diagnosis.

This, however, was the unfortunate reality for Clinton Township native Megan Ritz. The Oakland University student got her brain cancer diagnosis in May of 2018 — a diagnosis that was as confusing as it was shocking.

“It’s just so weird to me because you always hear about how people have lung cancer because they smoke cigarettes,” Ritz said. “All the risk factors didn’t make sense for me because I did everything that you’re supposed to do.”

After being told that she should not go back to OU, Ritz and Beaumont’s educational liaison Janis Traynor researched some options for the ambitious freshman. They soon came across online classes that Ritz could take through Macomb Community College (MCC) that would be a good route for the pre-med student.

These classes would allow Ritz to effectively battle her cancer while still keeping up with school.

“Just because this [cancer] has got me down, it won’t hold me down,” she said.

Ritz said the classes she was taking were complex already, but taking them online added an extra level of difficulty since she had to basically teach herself the material.

Not to mention, she was going through chemotherapy at this time. Finals week was during one of her inpatient chemo sessions.

Side effects from the chemo have impacted her as well, preventing her from flexing her right foot, which will keep her from returning to OU’s Vitality Dance Club. However, Ritz said her experience with cancer was bittersweet.

“I spent my 20th birthday in the hospital and, even though I was getting chemo and it wasn’t great that week, it still felt amazing because I still had the support of so many other people around me,” she said. “I would say that even on the cloudiest of days, the sun will always rise.”

She said not only did her relationships with her friends and family grow stronger, she made some new friends among the Beaumont nurses as well.

Throughout her journey, what kept her motivated was simply doing good and proving that she could continue her education while battling cancer.

“I want to prove that even though you are going through all this, that you can still do something with it,” she said.

Ritz is now in remission and has returned to OU’s campus, continuing where she left off a year earlier. She said she is looking forward to being back at school, having her freedom again and putting everything behind her so she can move on with her life.

She is also really excited for the Vandenberg Hall tater tots.