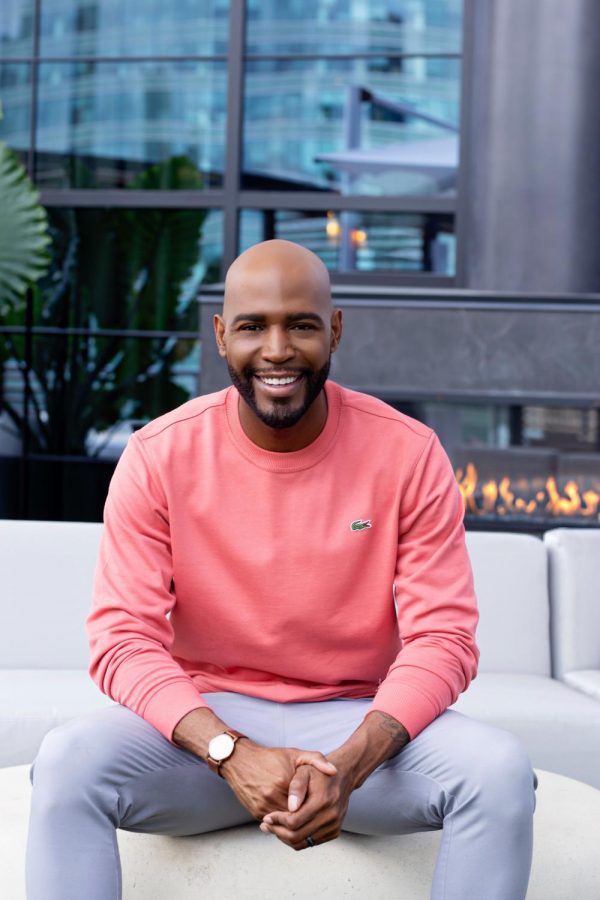 Reality television star and author Karamo Brown is set to speak at Oakland University on Wednesday, Oct. 9 as part of this year’s homecoming festivities.

A three-time Emmy Award winner, Brown currently stars as the culture expert on the recently renewed Netflix reboot of “Queer Eye” and is scheduled to compete in the upcoming 28th season of “Dancing with the Stars,” which premieres Monday, Sept. 16 on ABC. In 2004, he made history as the first openly-gay African American in reality television with his debut television appearance on MTV’s “The Real World.” He also recently appeared in Taylor Swift’s music video for “You Need to Calm Down,” which took home the MTV Video Music Award for Video of the Year last week.

Brown’s visit will be one of two major celebrity appearances on campus that week, as comedian Chris D’Elia is also expected to perform a stand-up routine on Friday, Oct. 11. According to Jean Ann Miller, senior director of the Office for Student Involvement (OSI), having two influential stars at OU in the same week will be both exciting and stressful.

“We have someone major in terms of noted individuals coming to campus, and it just happened to be the same week,” she said. “What a wow factor — no one should be complaining about what we’re offering here.”

In addition to speaking, Brown is also expected to do a book signing. He previously authored a memoir titled “Karamo: My Story of Embracing Purpose, Healing and Hope,” and his upcoming children’s book, “I Am Perfectly Designed,” is co-authored with his son, Jason, and will be released Nov. 5, 2019. Miller said she is in talks with the Barnes & Noble Bookstore on campus to make Brown’s work available for purchase ahead of his visit.

Brown is also a well-respected activist, particularly for the LGBTQIA+ community. He has a self-titled podcast where he offers advice to people on situations affecting their everyday lives. In 2018, he received the Human Rights Campaign Visibility Award. He was invited by the Obama administration to collaborate on pro-LGBTQIA+ youth policies and legislation, and has since personally joined forces with Barack Obama to support the Obama Foundation and the My Brother’s Keeper Alliance.

Brown’s talk is a ticketed event, but will be free for all OU students, faculty, staff and alumni with a two-per-person limit. The event will also be open to members of the general public. Tickets will become available on Monday, Sept. 9 and can be obtained at the OSI service window in the basement of the Oakland Center.

“When we are making it available to the community surrounding us, then it’s almost like a community service that we offer,” Miller said. “People can see this very distinguished person and have the opportunity to come and see him for free, and hear a phenomenal message.”

The event will be presented by the Student Life Lecture Board and co-sponsored by the Oakland University Credit Union and the Gender and Sexuality Center. For more information or to request special assistance, contact the OSI at (248) 370-2400 or [email protected]