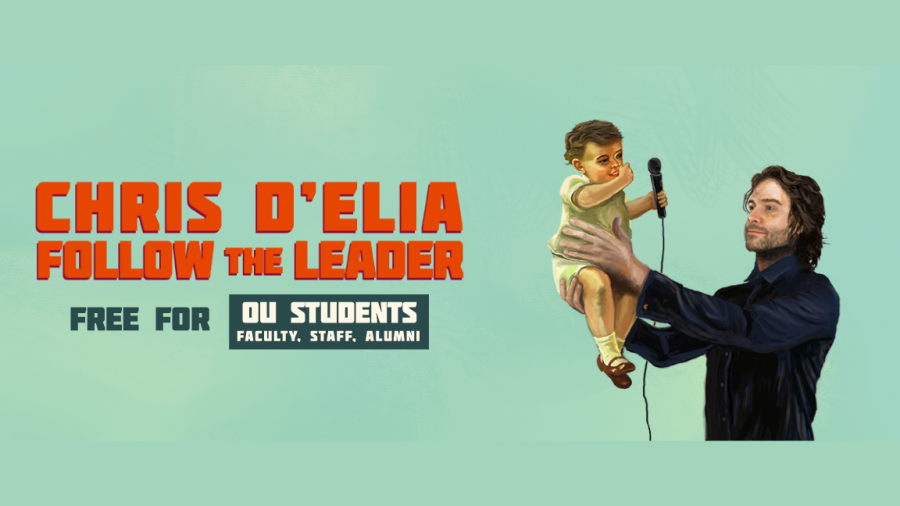 As the fall 2019 semester rapidly approaches, the annual homecoming festivities are being planned. This year’s two-day event will feature a comedy show from actor and stand-up comedian Chris D’Elia.

On Friday, Oct. 11 at 7 p.m., D’Elia will perform a stand-up routine in the Founders Ballrooms in the Oakland Center. Tickets to this event will be free to Oakland University students, faculty, staff and alumni.

“SAFAC wanted to go big this year,” said Jean Ann Miller, senior director of the Office for Student Involvement. “There was a poll conducted with a lot of great comics on it. Chris D’Elia came out on top.”

In addition to his three Netflix comedy specials, D’Elia has been featured on the streaming service’s 2019 series “Comedians of the World.” His other projects include his popular podcast “Congratulations with Chris D’Elia,” a role in the popular Netflix series “You” and appearances on multiple network television shows, including ABC’s “The Good Doctor” and NBC’s “Undateable.”

D’Elia is currently touring the United States on his Follow the Leader Tour. In addition to his visit to OU, he will be performing at the Masonic Temple in Detroit on Nov. 6 and 7.

“We are really excited to have such a big name here on campus,” said Samantha Miller, marketing director for the Student Program Board. “We believe Chris D’Elia is a perfect act to not only get the attention of staff and students, but to get alumni back on campus and raise attendance of Homecoming events.”

Free tickets for OU students, as well as faculty, staff and alumni, will become available on the first day of fall semester classes, Wednesday, Sept. 4 at the OSI ticket window in the basement of the Oakland Center. Tickets are available on a first come, first served basis with a two-ticket per person limit.

“Attendees can expect comedy at its absolute finest,” Miller said. “Chris is a major star and his stand-ups are hilarious.”

Homecoming weekend begins Friday, Oct. 11. Day one consists of several events for members and alumni of the OU community, including a homecoming brunch, class reunions, the swimming and diving teams’ meet against Milwaukee, and Grizz Madnezz. Saturday, Oct. 12 includes the Homecoming Festival and men’s and women’s soccer matches.