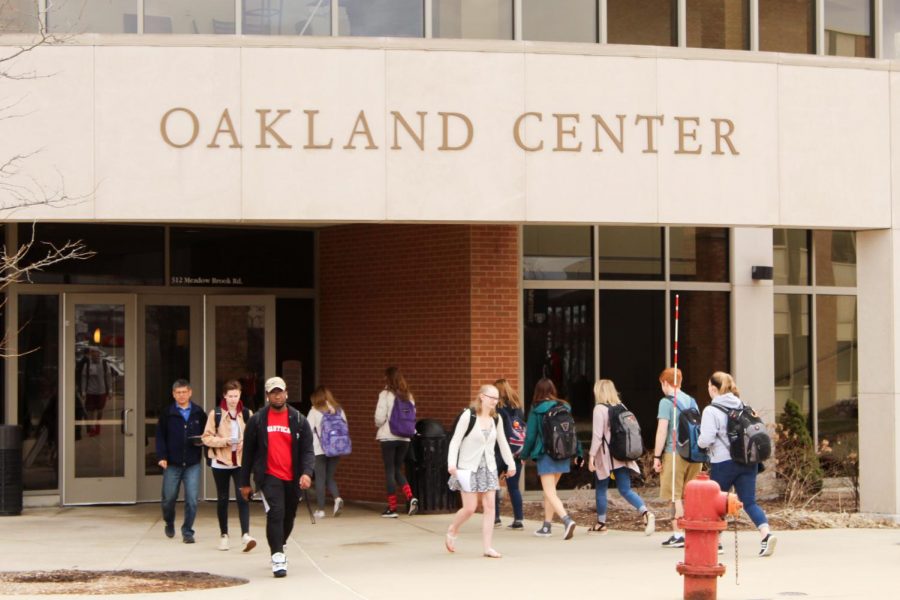 In a time when Michigan schools are on a decline, Oakland University appears to be thriving.

According to a report by the Michigan House of Representatives Fiscal Agency, OU is one of few public universities in the state showing a growth in student enrollment.

While this can be attributed to any number of reasons, Provost James Lentini believes OU’s location plays a major part.

“If you take a look at the growth around us [in] Oakland County [and] Macomb County — which are the two counties we draw most of our students from — these are vibrant counties,” he said. “Something like 1,000 international corporations right around us, so you got all the emerging technologies and current technologies needed at those companies from robotics firms to automotive to all kinds of computing needs.”

The expansion of engineering, computer science and medical programs are also contributing factors to student growth, according to Lentini.

“Most of our graduates graduate in some health-related field, so you could not be in a better region for [finding healthcare jobs],” Lentini said.

The distinctive construction boom of the past few years has a direct link to the growth. Hillcrest Hall, the newest residence hall, expands the on-campus capacity by 750 students, while expansions to South Foundation Hall  (SFH) and the Oakland Center show the need to expand existing spaces.

While the student population has grown, standards for admissions remain largely unchanged. Since 2008, the average GPA of incoming students has gone from 3.3 to 3.5, while average ACT scores have gone from 22.0 to 24.6.

While the construction shows signs of a growing campus, someone has to pay for it. Oakland receives little funding from the state and has been raising tuition rates, recently doing so in 2018.

While Lentini said there were “no plans to do anything extravagant with tuition,” the provost did not rule out future increases.

“We try to keep tuition increases as low as we can,” Lentini said. “What is typical for most universities in [Michigan] is to go somewhere in the 3 percent increase range, and I cannot guarantee one way or the other how [tuition increases] will go forward. That is up to the Board and up to trying to budget as we move forward.

“[OU] is on a historical funding model that has not really ever been corrected. For higher education, we could have 10,000 more students and [the state] would not change our budget.”

Despite the lack of direct state funds, Lentini said the state helps by funding capital projects like Hillcrest and the SFH expansion. OU has started a campaign to generate funds via philanthropic donations. The “Aspire. Advance. Achieve.” campaign has been ongoing since Nov. 17, 2018.